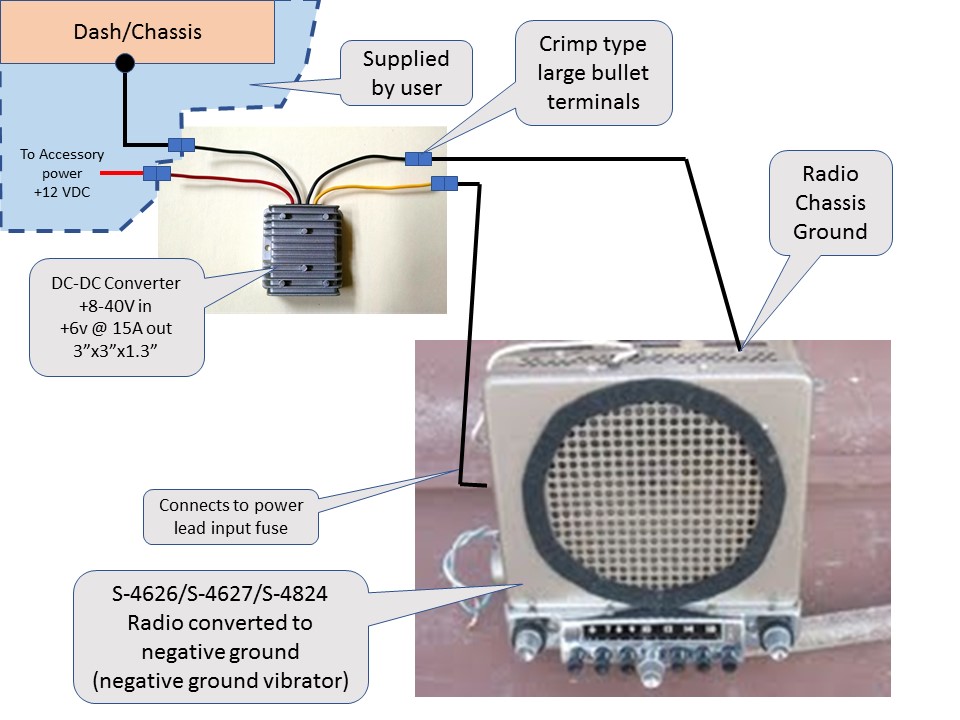 So I get the first radio running and test this setup. Powers up and everything seems to be functioning except this nasty tone every so often on the dial. I have not determined the base frequency or the harmonics that are made but it is pretty obvious that the down converter is spewing out some nasty RFI/EMI. I have tried the usual, more filtering on the leads leading to and from the converter and shielding around the converter to no avail. These radio are so sensitive to noise that a USB wall wart across the room will kill a station.

What to do? A series resistor in the power lead to the radio is sort a non-starter, maybe not in the Winter as one would be wasting about 30 watts in heat. So I look up the tubes to see if there are 12 volt filament versions. No cigar as these are those wonderful short lived "Locktal" tubes invented to not fall out of their sockets.

So now I'm pondering another solution. Since this radio has 8 tubes I'm thinking of splitting the filaments into two groups and connect the two groups in series so that the filament circuit would be 12 volts. This, of course assumes that the filaments have the same or close to the same current requirements. BTW here is a great tube specification site:

This leaves the the low to high voltage conversion circuit to be converted. I have yet to determine what current that circuit needs, maybe use a resistor there? Of course more analysis is needed. Another thought would be to connect the low to high voltage conversion circuit in series with the 6 volt tube filaments but that circuit would get the brunt of the voltage until the tubes heat up. 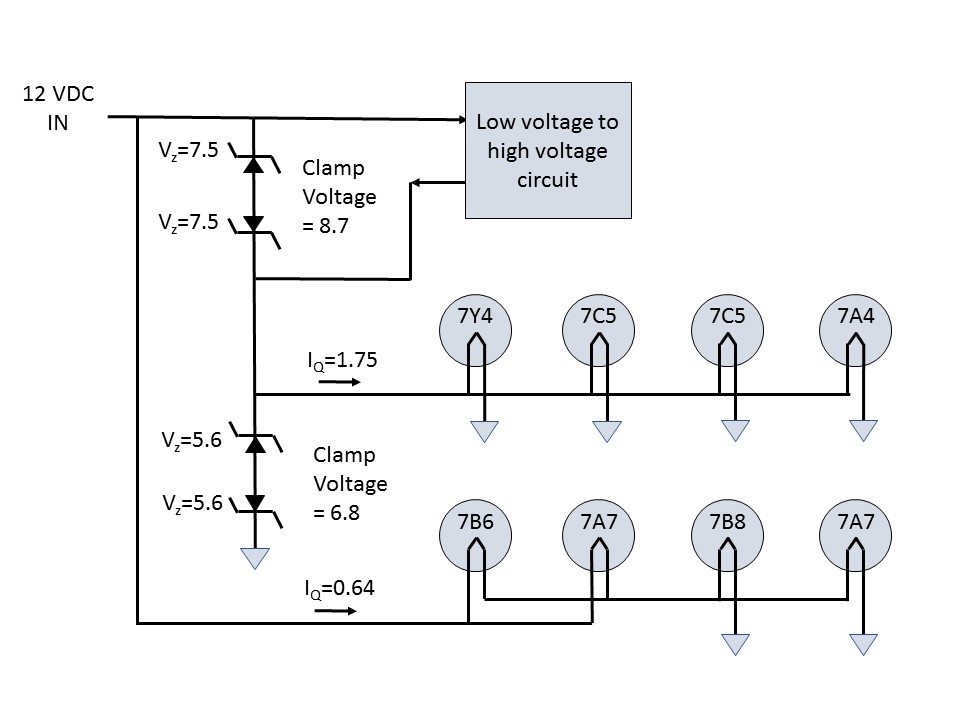 Back to back Zeners makes that part of the circuit polarity insensitive...

OMG! I didn't think to look for 14 series tubes!! Thanks!

Yes, I am aware that alternators charge at a higher voltage, that is why I picked Zener voltages to add up above that voltage ( 5.6+7.5+1.2+1.2=15.5). If I replaced the 7 series tubes with the 14 series then I would have to use a resistor or something for the HV circuit or change the transformer to a 12 volt version. All expensive for 8 give away radios...

Decided to rewind transformer and go with 14 series tubes: