I recently attended an auction that had several electronic items.  Long story short, there was a notorious local ebay flipper there who paid too much for the right to lose money on ebay.  Anyways, all I managed to salvage from that auction were a few things I could actually use.  That ebay flipper paid $27 a box for four boxes of tubes, each containing about 20 tubes, mostly TV stuff.  And mostly used or reboxed.  I did not see the math in that transaction, but whatever.  I ended up with a Heathkit scope, model IO-12.  The thing is in really nice shape, good paint on the cabinet, not very dusty even.  I am not going to power it up until I get some recapping done for safety's sake.  I also got a REALLY nice NRI VTVM.  The thing is nearly pristine.  Doesn't appear to have been used much at all.  I got a box of stereo patch cords and power cords with a few cheater cords thrown in.  And some jumper leads.  Then there was an unbuilt NRI kit.  I finally got some pictures to share, and if I can get them to load, I'll do that now. 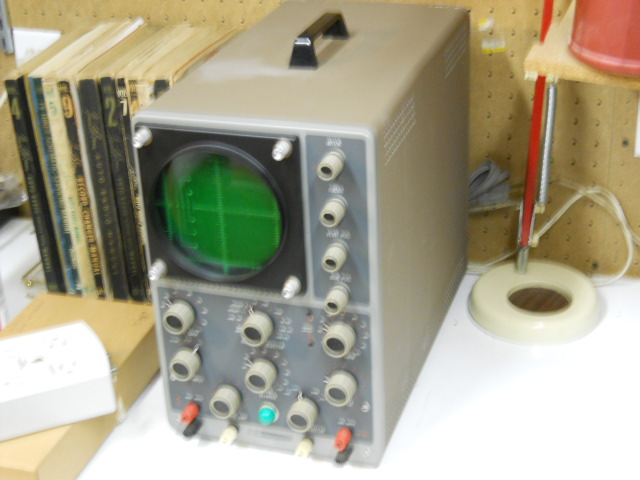 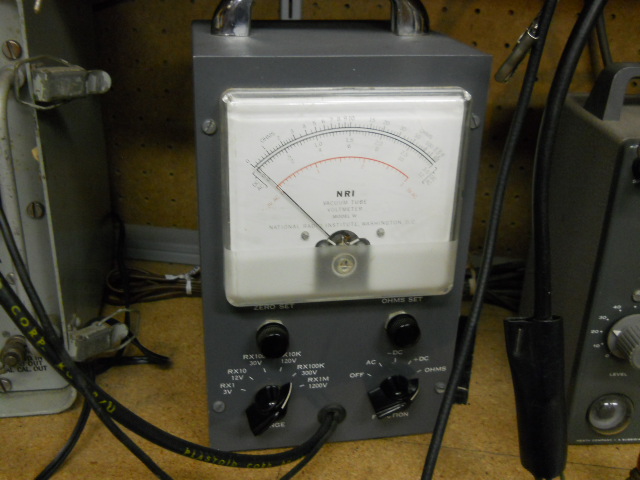 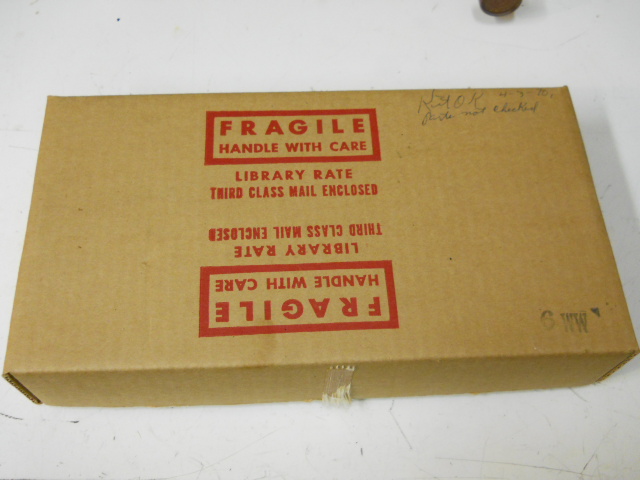 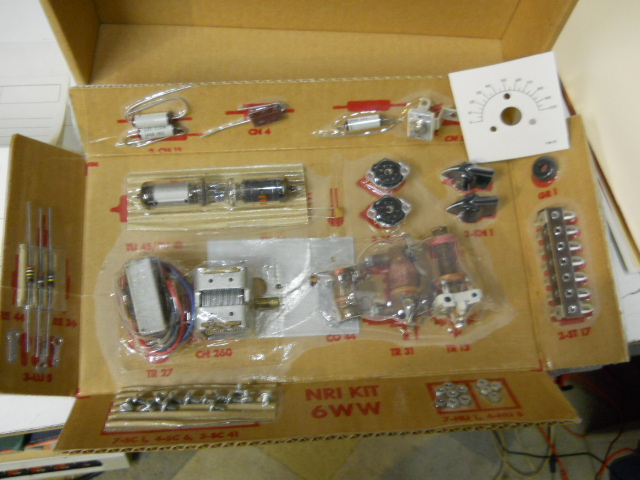 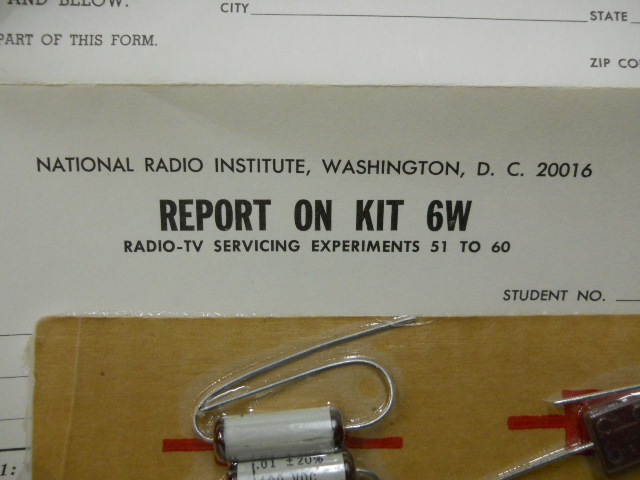 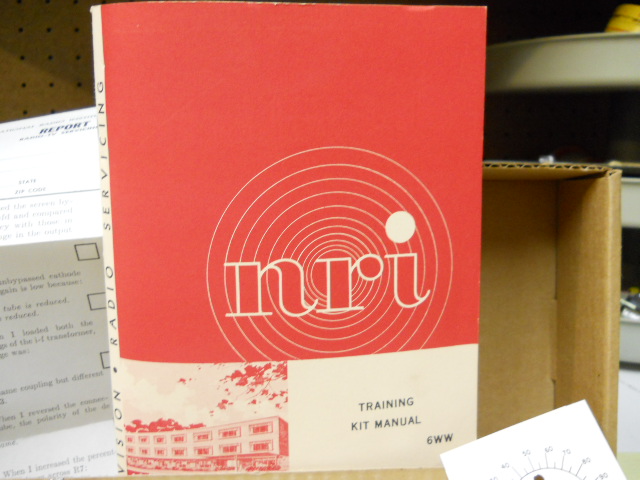 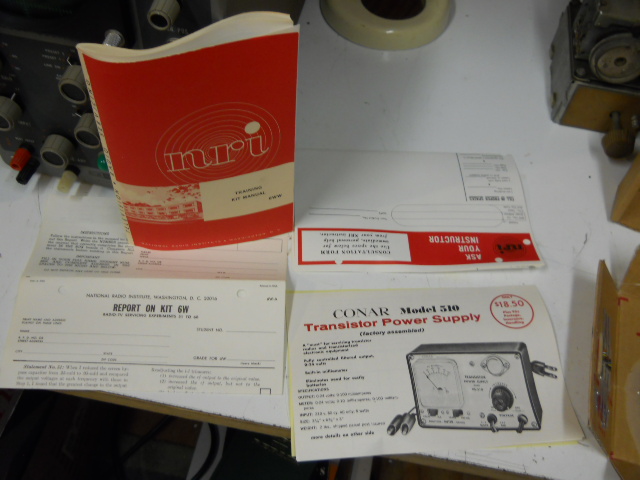 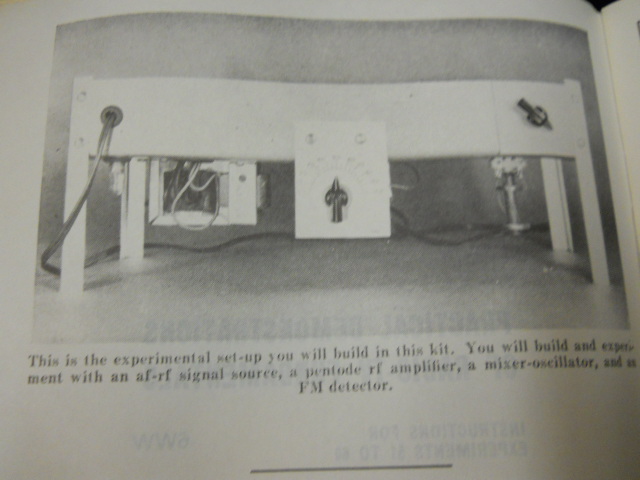 Since this is my thread and I can hijack it if I so choose, here is a little tidbit for you Ford guys.  You know who you are.......

First a full-tilt blown flattie.  Edelbrock heads and the whole ball of wax.  I had not seen a blown flathead for 40 years.  Sure sounded nice thru those Smithy mufflers. 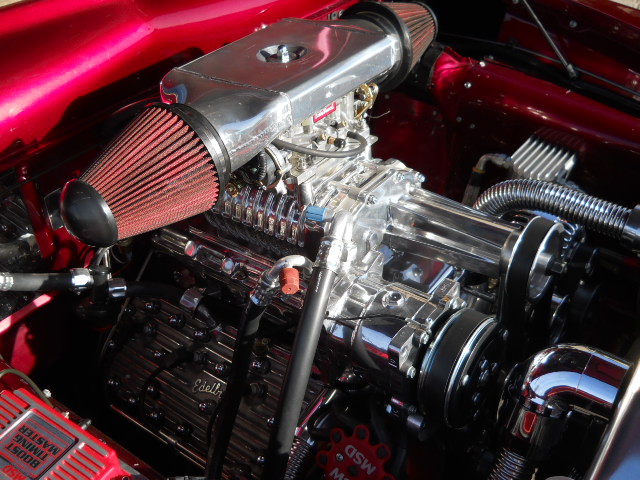 Now, from our "Why bother?" department comes a '59 Ford pickup with a Cummins diesel.  Somebody had lots of money to burn and lots of time on their hands.... 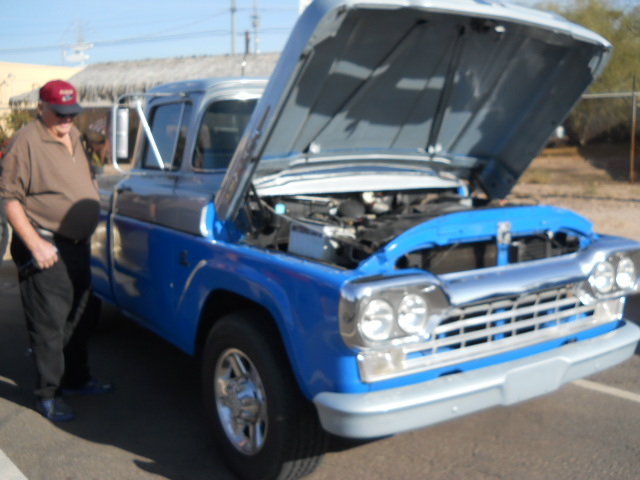 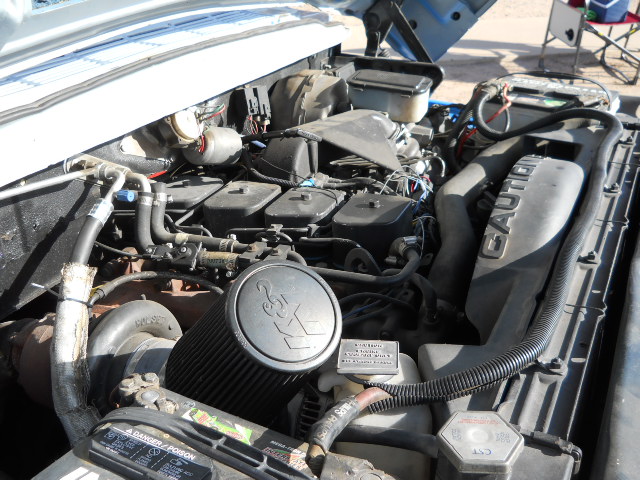 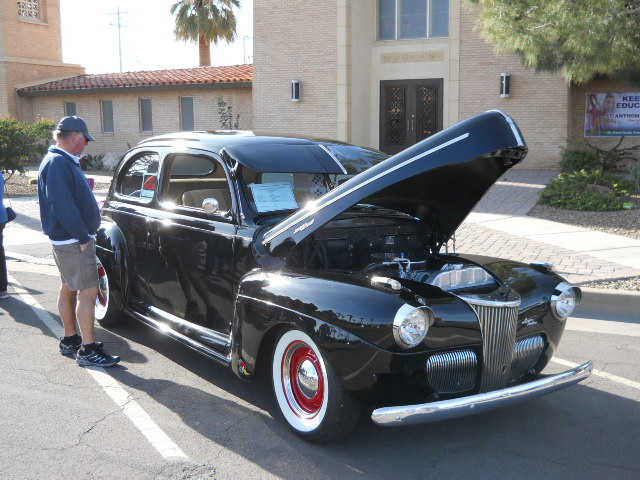 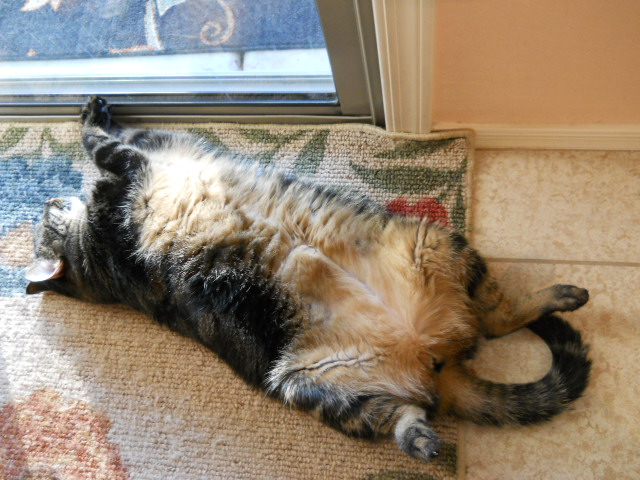 I love the old stock units. Those K&N filters are a thrifty and effective way to go, but they're death on my MAF sensors on my 302's.

The guy with the blown flathead claimed 300 horsepower. It was a 255 Merc punched .120 and sleeved to .080. 200 horses, maybe but 300 on today's gas is a stretch. He used an Edelbrock Performer (Carter AFB) carb because he claimed that the haystack Holley he had on it wanted to either flood or run lean. Putting the AFB on it took away part of the fun of a full-tilt flathead. You never knew when it was gonna run with the old Holley carb. I have a K&N on the wife's Tahoe and it gives an honest 2 mpg better mileage. They can give a false sense of security if not serviced regularly. They make more noise, too. I have a K&N on my Chevy 454 and all I see it does is make lots of intake noise.

My Mustang uses 1 of the filters on the flathead, but no matter how sparing the oil on it it always played h@ll with the sensor, so I had to give it up. I'm sure they run much cleaner, particulate wise, though.

I can see the oil being an issue. I assume that the Tahoe's plumbing is different than Ford so that excess oil is not an issue. The Chevrolet dealer is actually the one who recommended using a K&N filter to me in the first place.

It is not gonna look very good if I get yelled at for hijacking my thread. Thread integrity and all that. Sooo.......in the interest of thread integrity and of setting a good example as a moderator, I need to return the conversation back to the subject of this thread.

I have mounted the NRI VTVM on my bench and an using it. I took the back of the cabinet off and found everything looking pretty solid. It has two tubes, a 6X4 and a 12BH7. I have several VTVM's and have never changed capacitors or anything in any of them. Other than funky probes, I've never had any real problems, either. I can always use another VTVM, especially ones that work as well as this one.

I got 8 cheater cords, 6 16' stereo patch cords, some cut off power cords, and some miscellaneous RCA connectors in another box of stuff I bought. The cheater cords appear to be used, likely off scrapped TV sets, but appear to be fully usable and clean.

I'll bet once you get the O'scope hitting on all cylinders you will find it taking up some of the VTVM's duties too. That is a mighty clean meter. With my luck, I would probably get one that had been assembled incorrectly.

Other than taking a long time to warm up, the VTVM works really nicely. It needs at least 30 minutes to be dependable. I have another NRI meter in AZ and it is the same way. I have an old RCA VTVM that is partially burned up. It has several fried resistors in it. I would like to get it back into operation one of these days. It has five tubes and is probably from the late 1930's if I had to guess a date. It is an impressive looking instrument and should be saved if I can. I would like to become more proficient in scope usage. I tinker, but I'm not using one to full potential.

When I worked at microwave stations on the testing range, each site had a rack scope, usually a 465. I used those things as a ac meter, dc meter signal measurement and differential measurement. It was the one fill in for whatever test equipment you forgot to bring, with the exception of a ohmmeter.