One of the younger guys in radios had mentioned he would like to see how to make a reverse made sign. Years ago I needed some plastic that could bend for one of my jukeboxes.  I stopped by a sign company to get some plastic. While I was there they showed me how they make vacuum formed signs. They would make a wooden form like the shape they wanted and it had holes in the plywood form. They would heat the plastic and then place it over the form and press down. While this was done a vacuum suctioned the air out of the form and the plastic formed around the form. They also explained how they painted the signs. So I thought I would demonstrate it for the fellow and everyone here.

We are planning a Christmas play at church. I wrote a skit in the old radio show style of the 40s. We will have the auditorium dressed up like a old studio and some of my radios around the area. I wanted to have a "on Air " sign but they are way to hard to find and cost prohibitive. So I made one. I got the measurements for a original RCA sign from the 40s and based it on that.  The first thing I did was to make a pattern for the bottom and top.  This is the white posterboard on the left side of the board. I then needed some pieces on each side. I cut out 6 pieces like the white piece on the right. I glued these up and stacked them up 3 on each side. The little lip was to hold the plastic. The trick to making the sign is to paint on the inside while the outside is still slick. To do this I found a picture online of the very sign I wanted to make. Since I knew the size of the sign I stretched out the picture until the sign was the size I needed. I then flipped the picture and printed it. You can see the items here. 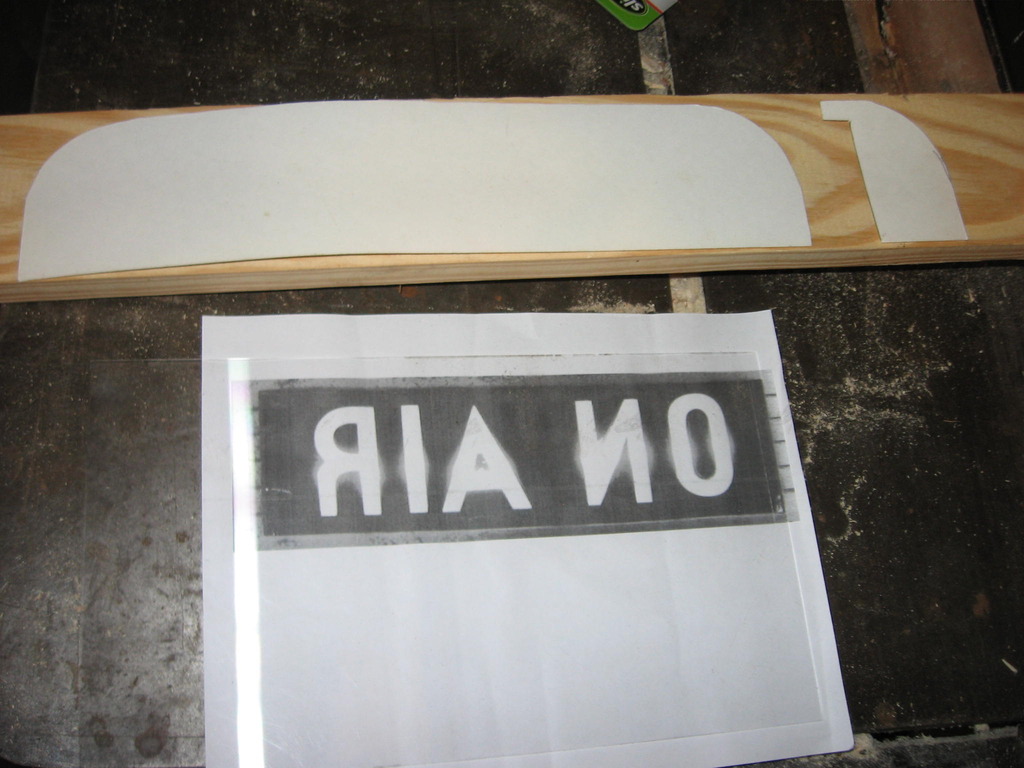 The next step was to cut a piece of plexiglas the size I needed. I then trimmed the copy and taped it on the front. I also touched up the lines to be able to see them better. 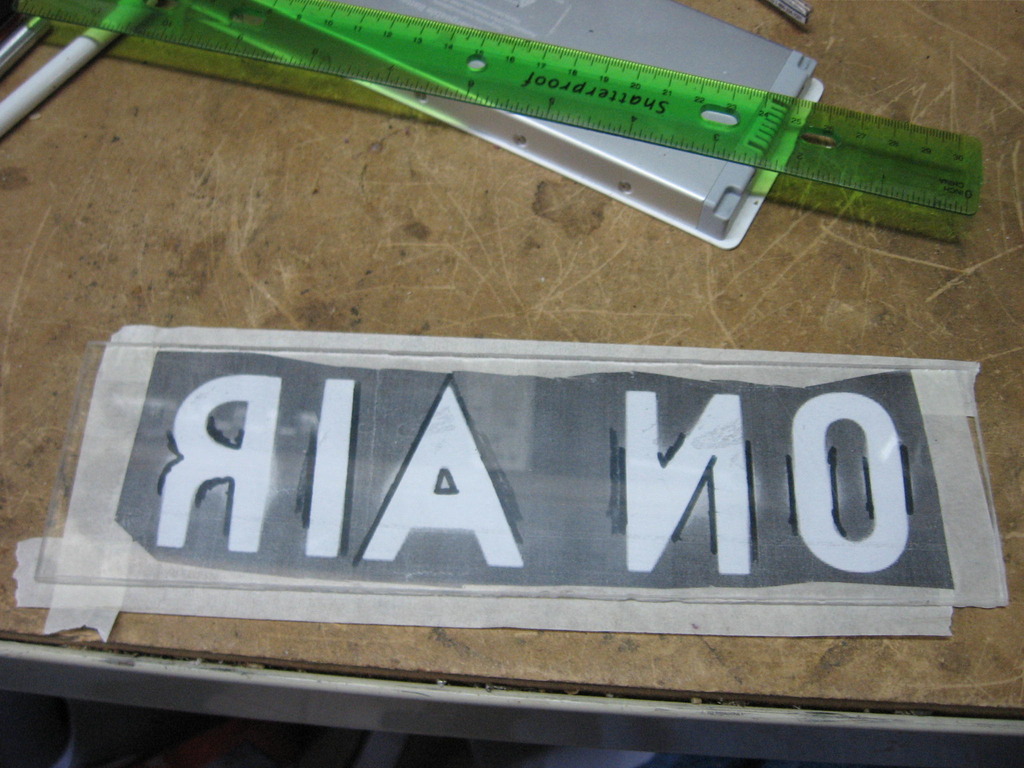 I then used masking tape to make the letters on the inside. I trimmed the letters out. I forgot to take a picture here. I then put a strip of masking tape on the outside edges to keep the paint from running under to the front. After I sprayed 5 to 6 layers of rattle can paint I then removed the tape letters to expose them as you see here, you can also see the tape on the front side that keeps it from running down. 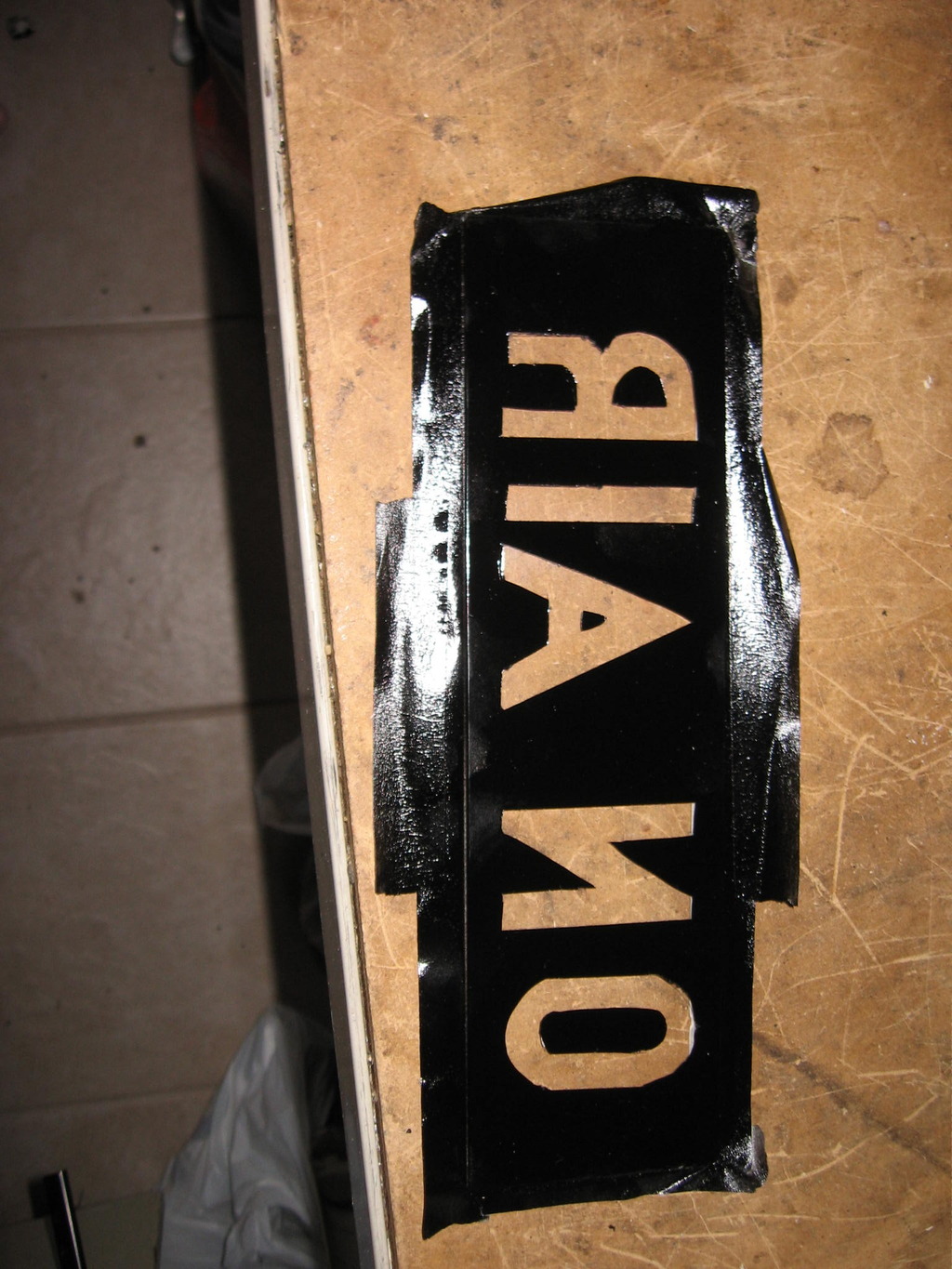 I let it dry a few days a few days as I wanted the paint good and dry. I made the first sign
and tried to paint the white on top the same day. It was not dried good and the paint ran with the black. This second piece I sprayed enough to cover it in white.  To hold it in place I made two wire springs. I made them of stainless rods used to weld with and put it in a piece of heat shrink. I made a groove in the cabinet for the plexiglas to fit in. 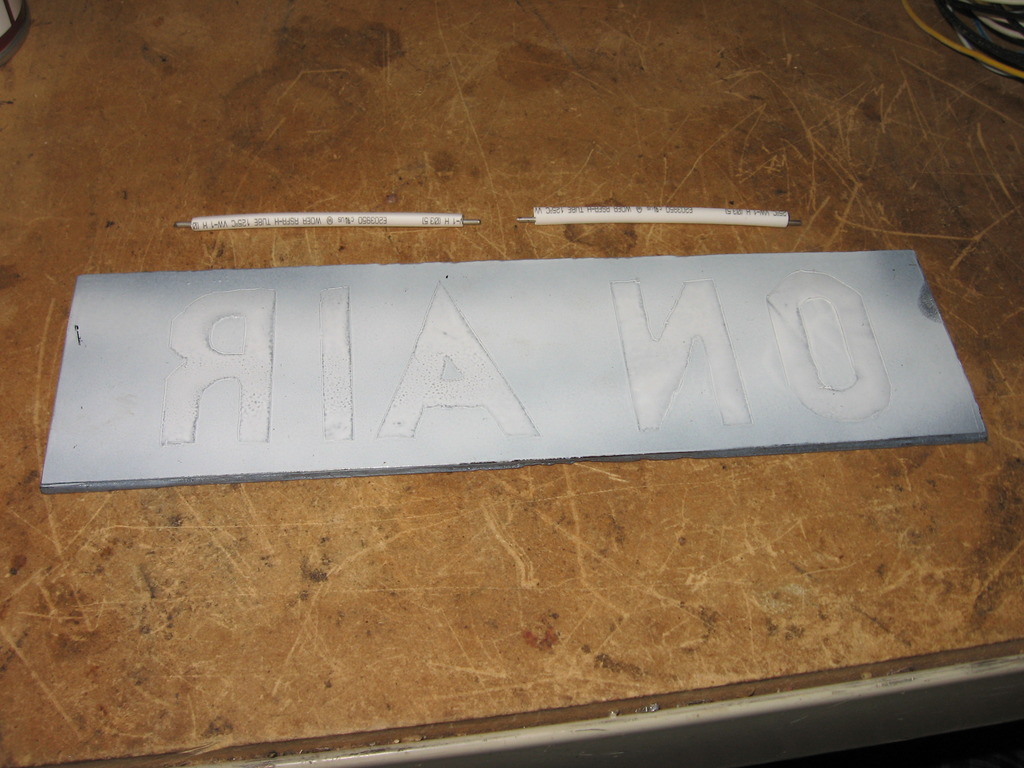 The next photo is of the cabinet. It shows the 3 pieces on each side glued to the top and bottom. I sanded the cabinet. after this photo I used some rattle can primer and then followed up with  rattle can chrome paint. Here is the cabinet all glued up. 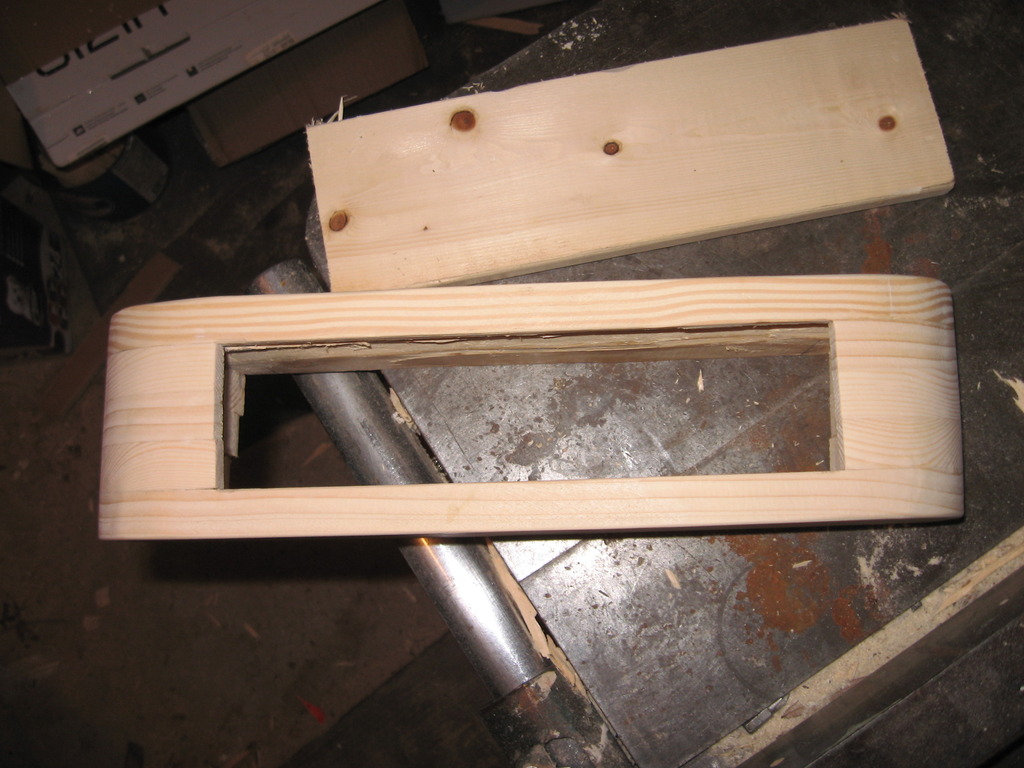 I then popped the plexiglas in and then pressed the springs I made to hold it in. I could have made a bracket but I tried this an it worked fine. I added the socket and cord on the inside. The real one is a aluminum cover that goes on the metal frame. I plan to get a slim long bulb. I have one I used during the build to test but its shot. This was one to test it with. 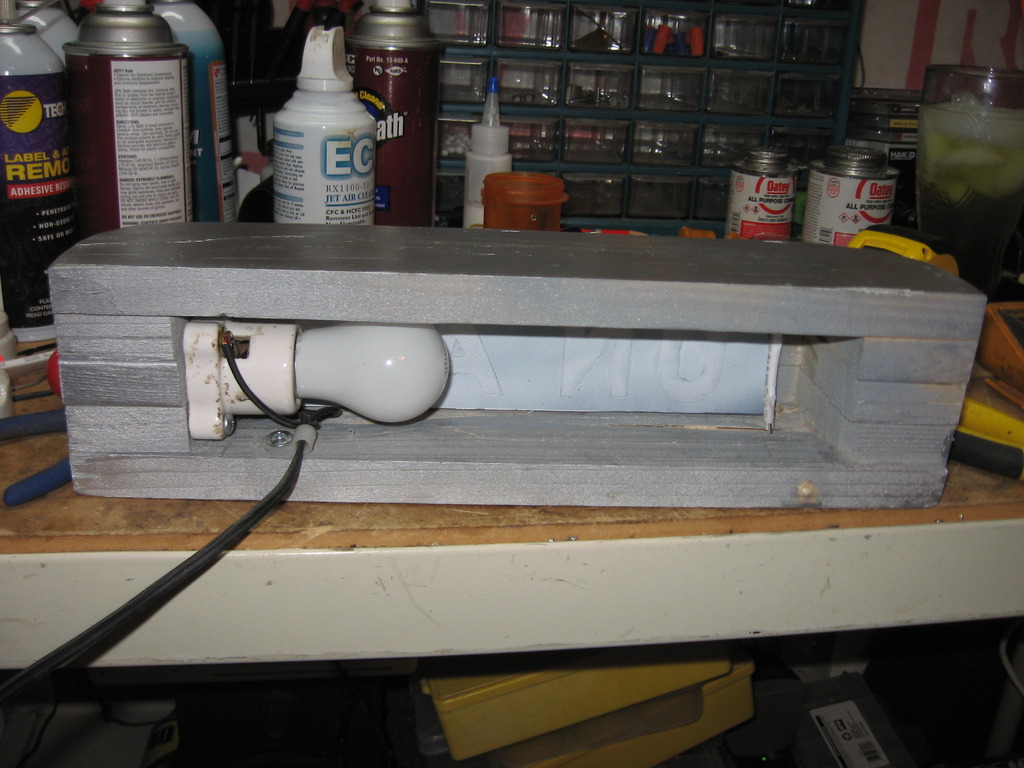 This is the sign on in a dark room. It will look better when I get on of the long bulbs in it.  Thats how you make a reverse image sign. A sign done this way looks really good due to the slick of the plexiglas on the inside. This is how the signs look so good as they are painted on the inside. 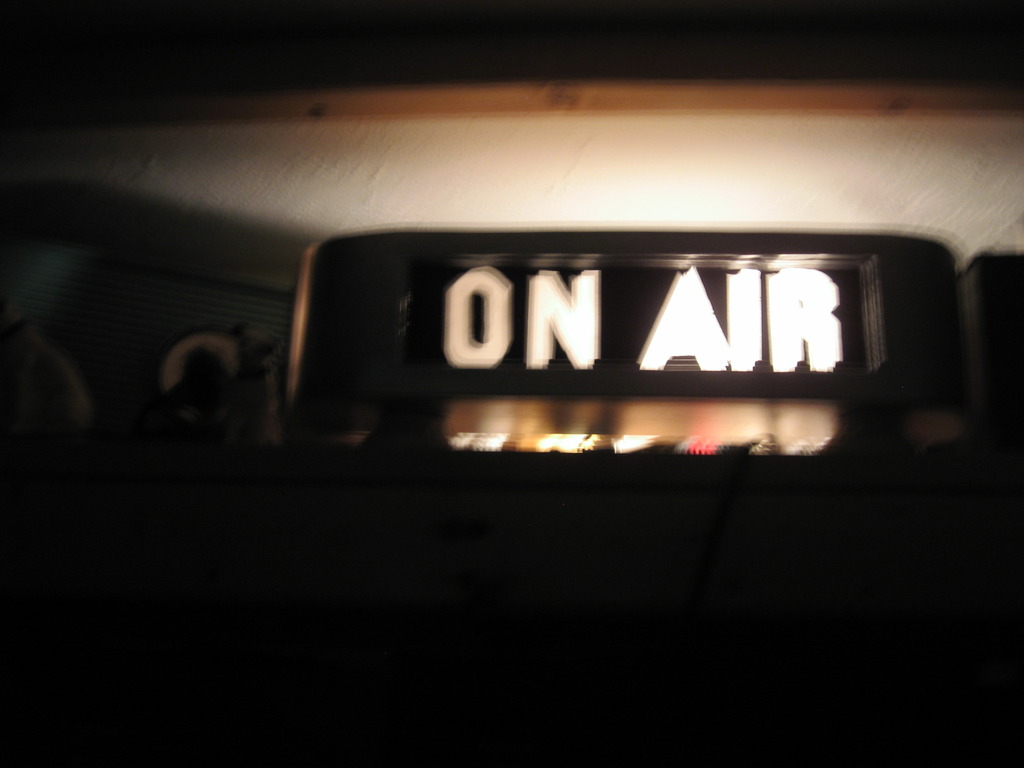