I picked up a nice LED lit EXIT sign today from a thrift store. They wanted 5.00 for it, but I talked them down to 3.00. I was willing to take a chance on it being operational for 3.00 since it uses a small step-down transformer. I know if it needed a transformer it would cost me more than 5.00 to get one. Not certain of the voltage but I'd guess 12, 24 or 48 since it has resistors in series with the LED's. It also has battery back up. That is a 3.6 volt NiCad battery, which is shot since it had corrosion coming out of it. I figured if I wanted to run it on batteries I could easily install a 2 or 4 AA holder in there and use those instead of an probably 10 or 12.00 battery. I have always wanted an exit sign for some odd reason, but an older one with light bulbs in it. But I can't go wrong with this one for the price. 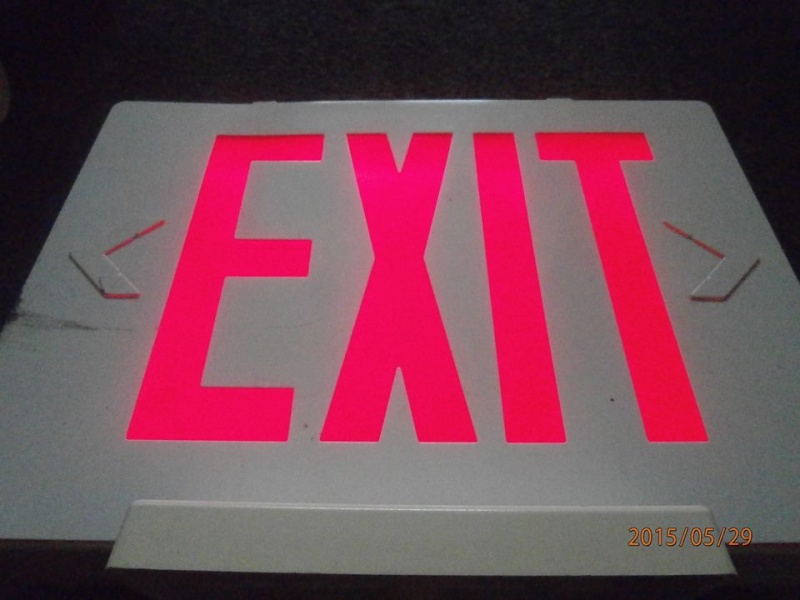 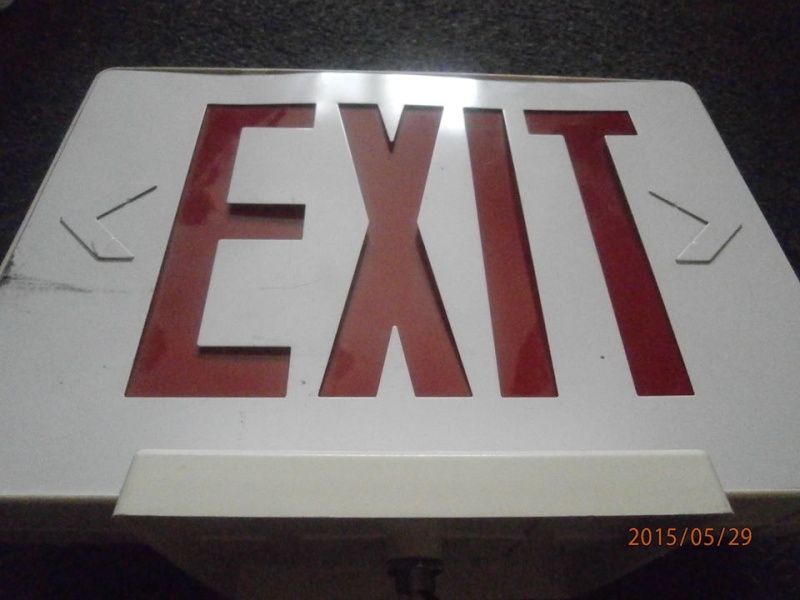 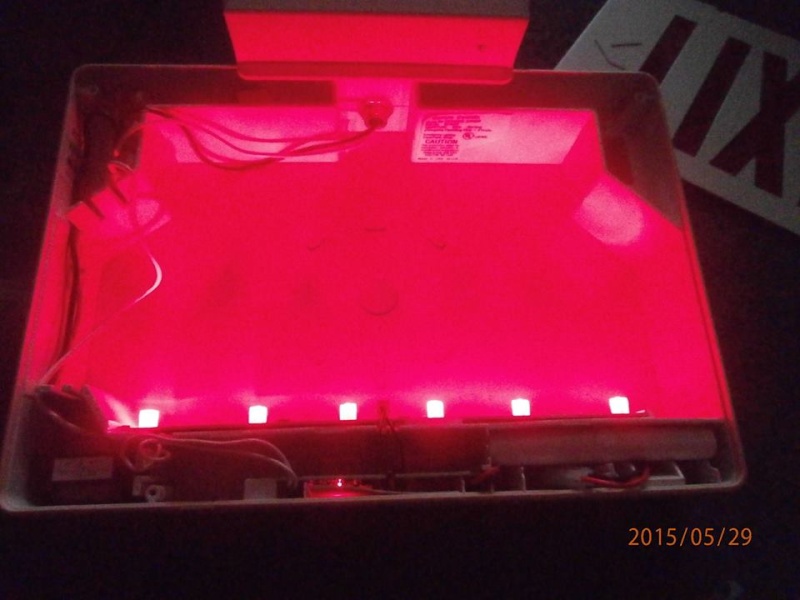 For that price you did really well. I just can't quite figure out where I would post one of those. Perhaps over the back door?

That's what I thought. The problem with over my back door is there are no plugs near-by and it would be really difficult to wire it in parallel with my back porch light. However that does give me the idea of putting above my front door, except on the outside. I could easily parallel it with the porch light or put a plug adapter in it and plug it in out there. That would confuse lots of people.. lol I'd also be getting lots of people asking me why do you have a flipping exit sign above the front door..

Are you sure you want a red light on your porch?

75, you are really thinking outside the box!

Yeah, it is not like having a red light bulb out there. Although most of the people around me probably don't even know what the meaning of a red porch light is. I know the meaning, or at least what used to be said about having a red porch light because I never knew if it was actually true. It likely won't be noticeable until you walk up onto the porch to go inside. Yes, 75 is thinking outside the box for sure!!!

I found out when I put a red bulb in my grandparents' porch light.

The rail road workers would go into town and hang their red lanterns outside the door of the "establishment," hence the origin. At least that is what I heard and really don't know.

Sounds good to me.

I was told about the supposed meaning years ago when I was going to put a red light outside.
N7ZAL, I never heard that but it does make sense. I just always knew what it was supposed to mean and never knew if it was fact or fiction. Usually I won't put a single red bulb outside mainly because I don't like that color. I will always pair it with a green bulb, which is always during the Christmas season. Now earlier I googled the meaning of a red light outside just out of curiosity to see what type of things people come up with. The most popular thing was "the red light district" for the origins of the red light outside. Is that accurate? No idea. Is the railroad origin accurate, No idea. Do both make great stories or conversation? Yup.. Will we ever know the true meaning or origins? Who knows..
Anyways, I got it put up above my door, just hung on a screw with steel wire holding it and plugged in. I'll flip it on when it gets dark and see if it gets noticed. There is still about 2-2.5 hours of daylight left here, so it will be close to 3 hours before it gets turned on.

It'd be nice if you could get another front panel for it and put your address number on it.

There may be several explanations for the origin of things and I enjoy the entomology. The reason a barber pole is red and white is supposed to be because they would do surgery in the early days and would wrap the bloody rags around the pole outside.

Regardless, if you have the word "exit" you should be safe and not have a lot of knocks on the door.

75, I thought about that earlier. I'm sure it could be done. I know a guy that does metal fabrication, he could very easily cut numbers out of a thin piece of steel. However it would likely only cost me a little bit more for him to make me a box similar to the size of the exit sign for a lighted address sign. I wouldn't want my address red, it would have to be green or blue.
N7ZAL, I know exactly what you mean. I enjoy it also, or else I wouldn't of looked it up or be discussing it right now.

You could always print out a decal from a text processing program, and use it as a mask on the inside of a piece of plexiglass...or glass? LED, so no heat would be involved?

True, that would be something to think about sometime down the road.

If you changed the letters from "E-X-I-T" to "B-E-E-R" you might find "friends" you did not know you had.