This is a GE, model P-807H AM radio from 1964. It only needed a little cleanup, really, and repainting the tuning dial lettering...oh, and a modern 9V battery connector put on it. I have never seen a modular AM radio before now; I suppose it was supposed to make servicing easier. I remember the modular plug-in solid state televisions, but have never seen something as simple as a basic AM receiver that was modularized. The schematic below is not the complete page, but shows the outlines of the three sections. The pin voltages, etc. are given in the service literature, and it also stated that each module should be considered a "part" and replaced as a unit. These are each soldered in with a few pins to the main board. Of course, all the parts are accessible and detailed on the schematic, so one could replace the discrete components instead.

I thought it was unusual. Anyone ever seen anything like this before? 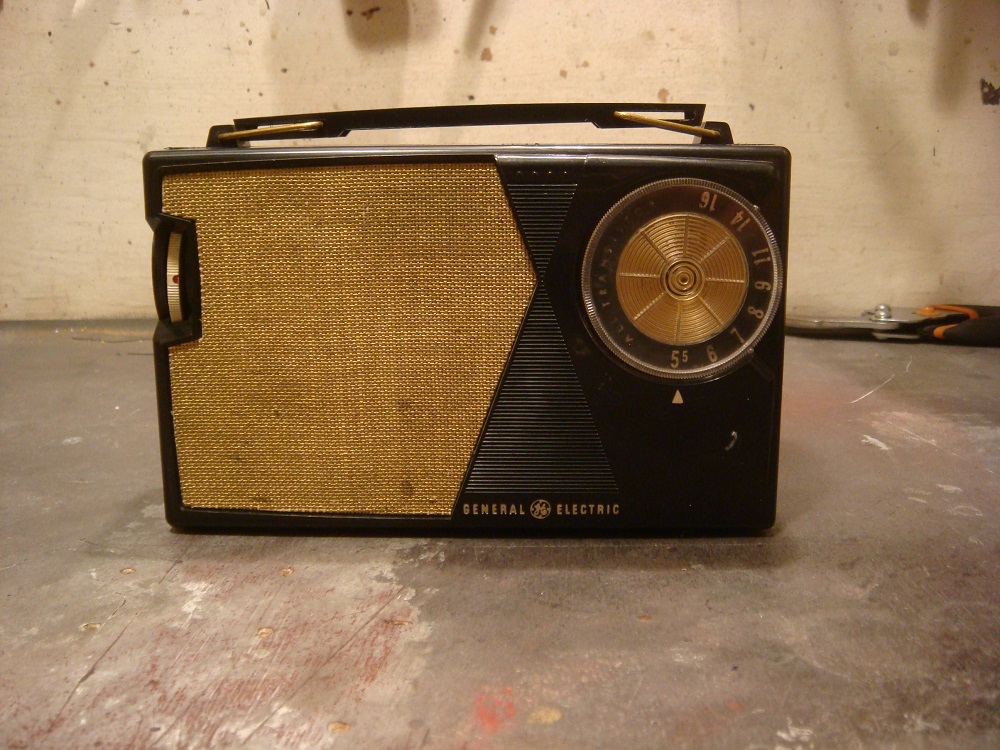 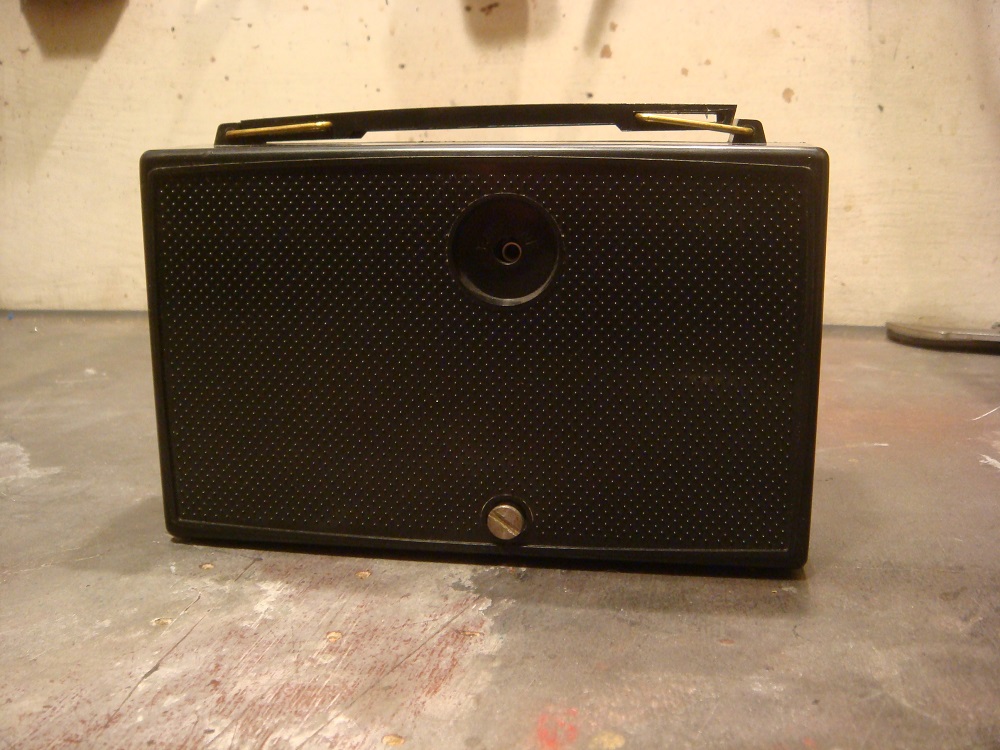 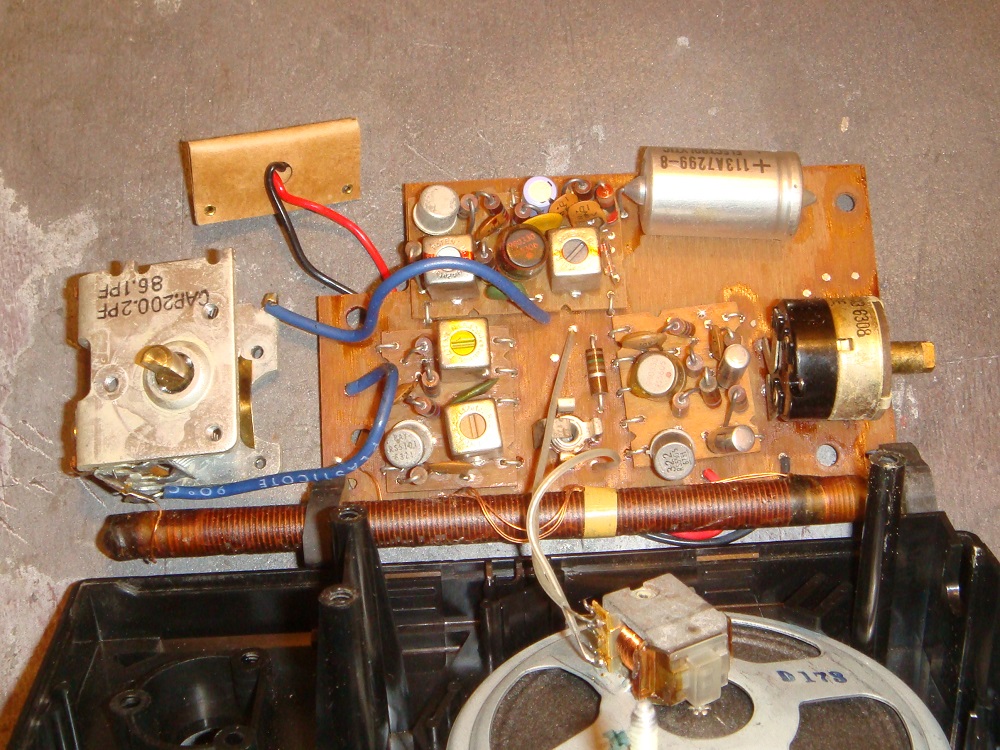 Pins are soldered to the main circuit board: 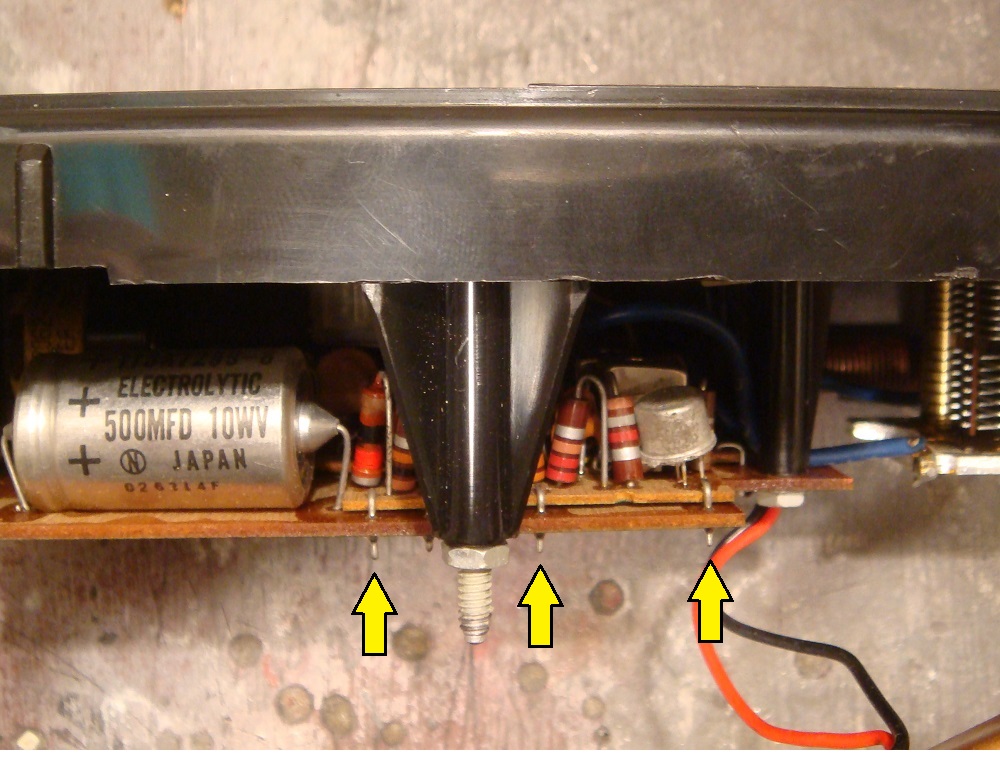 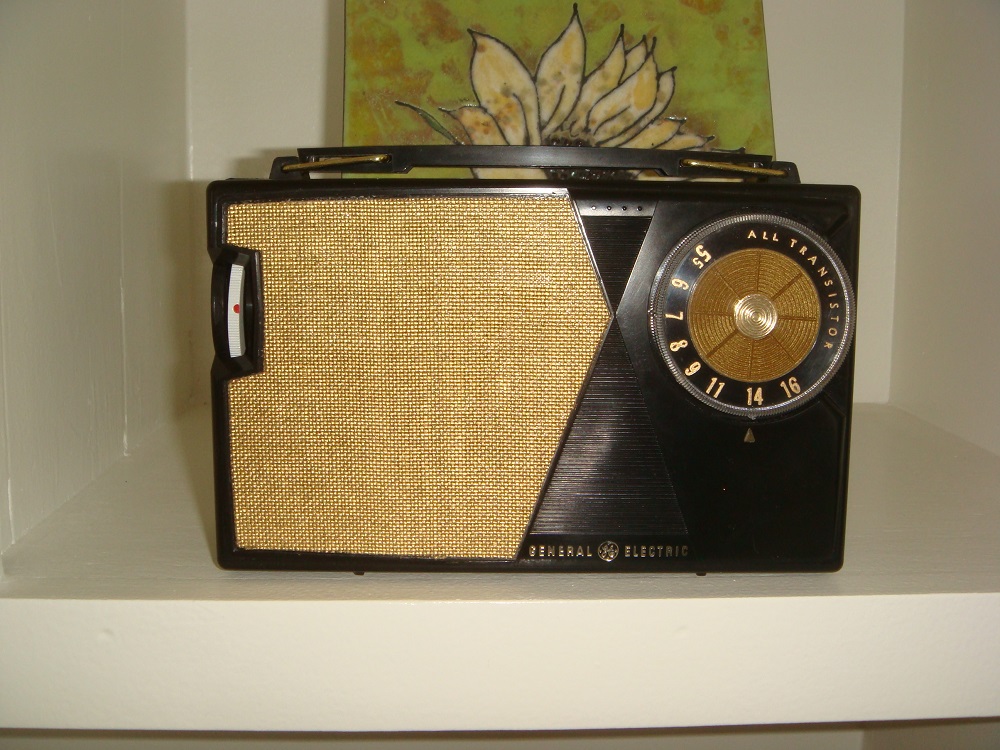 That was made when hybrid circuit construction was really catching on with commercial 2-way radio manufacturers. I would venture the guess that the modular construction was more to benefit manufacture than servicing. I'd not seen a consumer radio of that vintage assembled in that manner before. That is an interesting radio.

That does make more sense, on second thought. I didn't even know it was modular until I bought it and got it home. Glad I got it.

Circuits like those and the couplate circuits evolved into the integrated circuits of today as their functions became more complex. Your radio gives a view of the beginning of the concept. You can freak the kids out with that.

Thanks fellas.
LOL...ya, the kids think every modern concept is a new concept.

They used to be fairly common. I believe they are from the late fifties., but, I'm not sure...
Fidelity was o. k.., but, not great. The output transistors would occasionally fail. But, I like the style. They came in different colors.
_________________
Please also join us here; www.videokarma.org/index.php

This particular one is from 1964. Can regular silicon transistors (but PNP) be used to replace the old germanium ones? I always wondered that. I wouldn't know where to get germanium transistors anymore except from another scrap radio.

That speaker with the armature motor is a real throwback, too.

The difference is germanium has a lower junction voltage of around 3/10ths of a volt vs silicon transistors at 6/10ths of a volt. you would have to make some changes in resistors. (Biasing)

That might work. The one time I tried it was in the power amplifier stage of a Japanese made tabletop. I did nothing to try rebiasing because the base to emitter voltage was supposed to be close to that. The amp passed audio, but was really weak. The radio was never repaired and I ended up scrapping it for parts.