Put 'em up so we can see them! 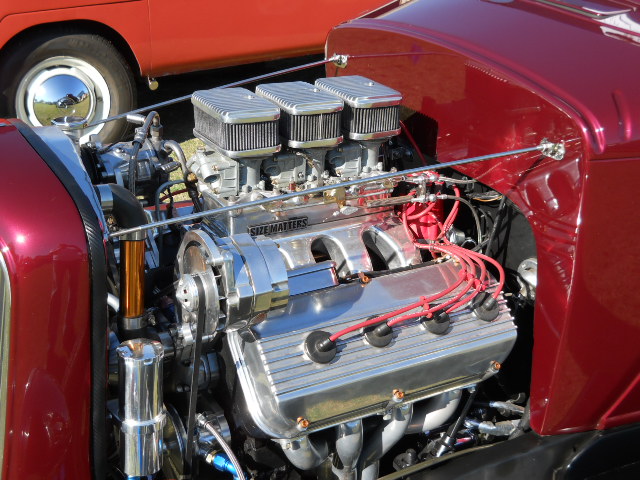 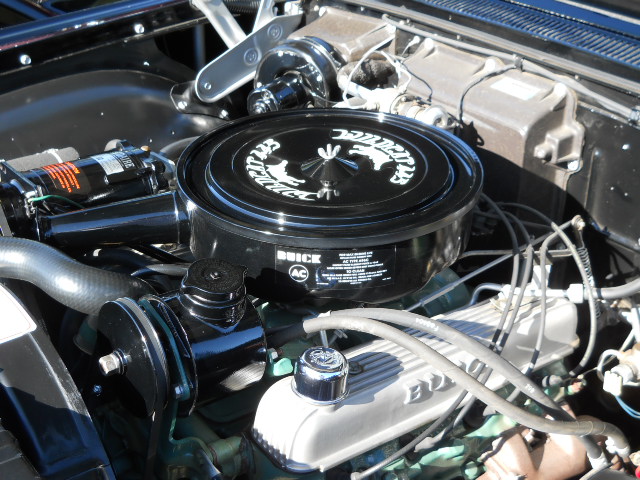 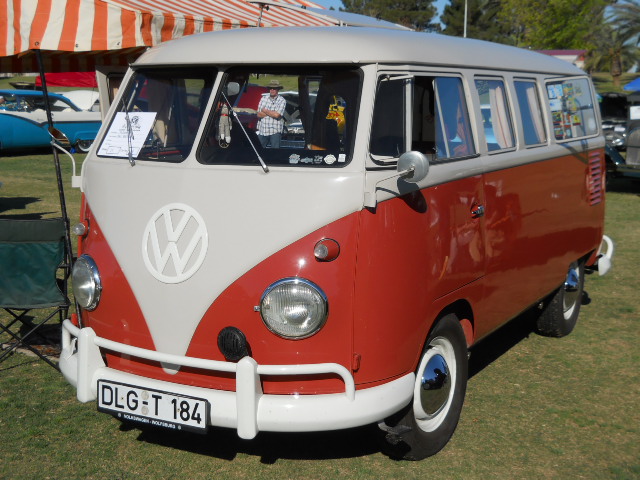 Here's another Buick 401.  In a '59 Electra.  This one does not have AC.  The chrome air cleaner is incorrect.  It should have one like mine. 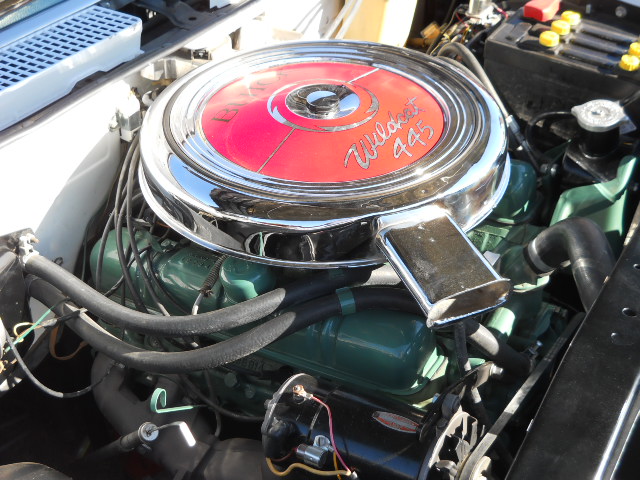 A '49 Buick Super 248 cid Straight Eight.  This one has hydraulic valve lifters, since it is equipped with Dynaflow.  All the big 320's had hydraulic lifters. 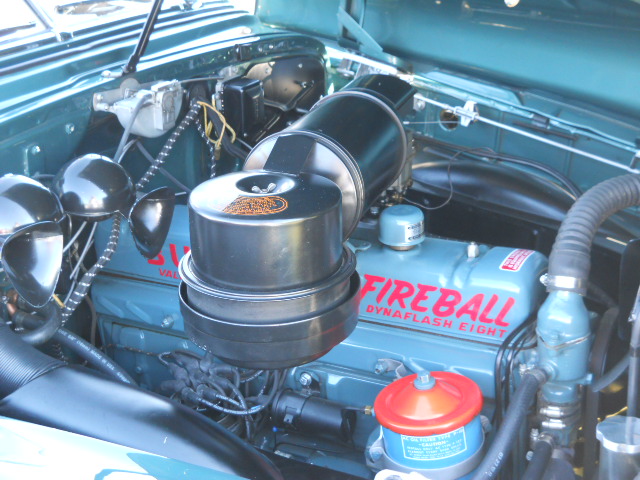 That 500 cid, all aluminunm, OHC, fuel injected Ford V-8 I mentioned.  It completely filled the engine compartment on a '66 Fairlane GT. 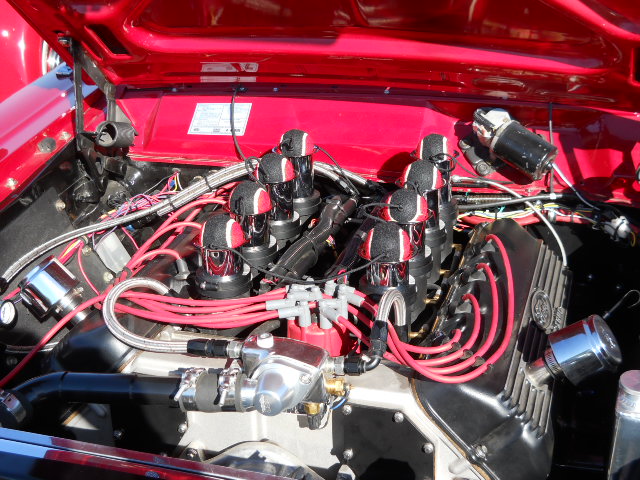 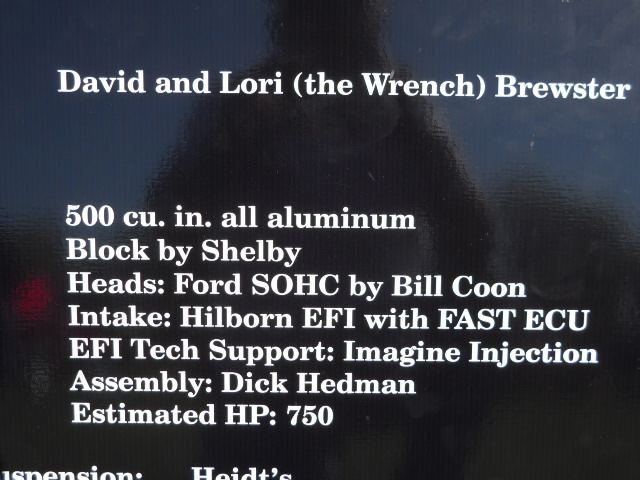 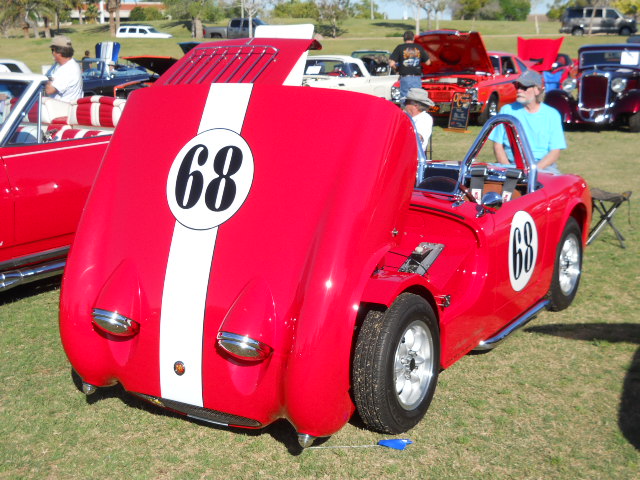 The engine in the Sprite.  The fan appears to have no relationship to the radiator. 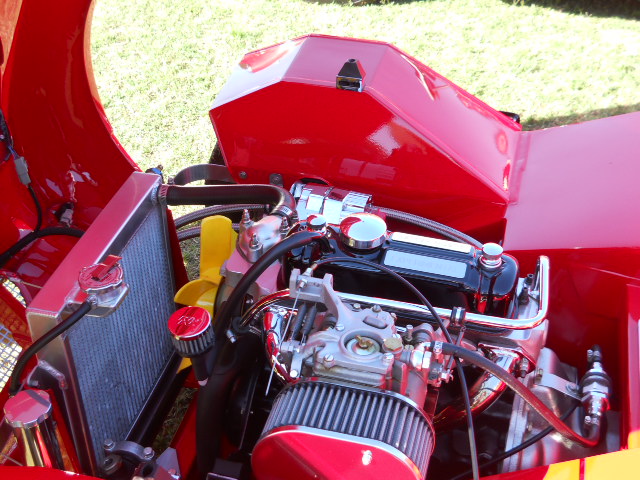 Did you know that Powel Crosley built cars?  Yepper, sure enough did.  THE first American auto manufacturer to offer 4 wheel disc brakes as standard equipment. 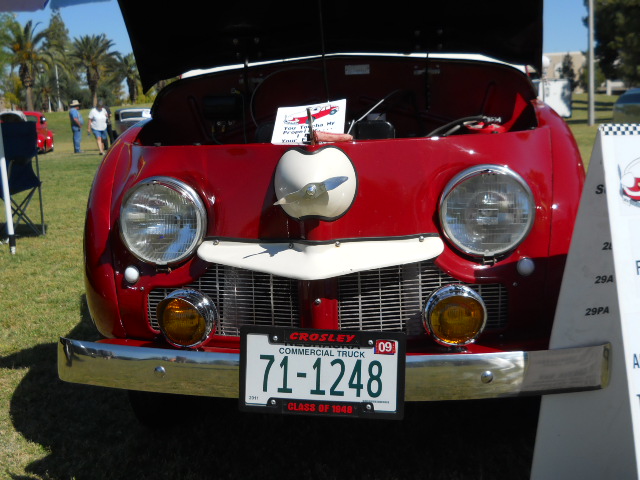 The mighty Crosley powerplant. 44 cid, 26.5 horsepower. OHC. The starter is almost as long as the engine block. 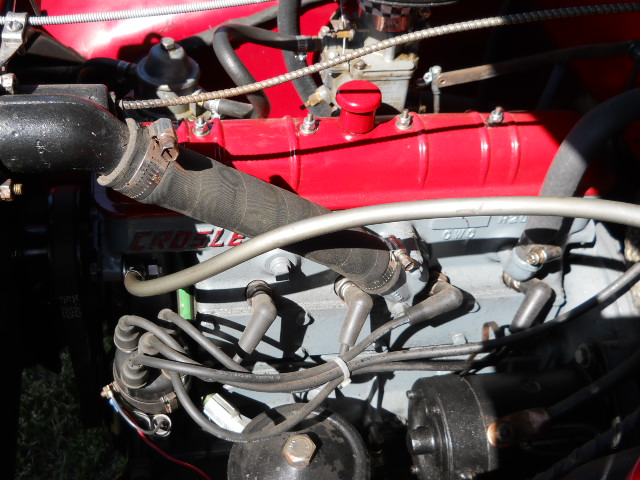 I've got more if you would like to see them.

More, please. Were those beanies a popular option on the Crosleys? 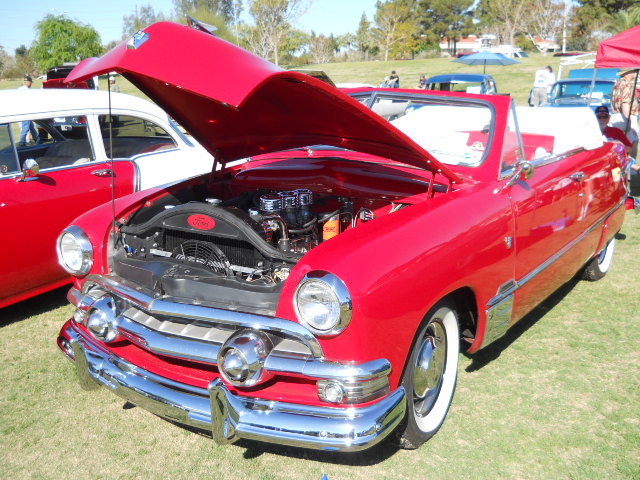 The engine itself.  This thing was one of the neatest Ford V-8's I have ever seen. 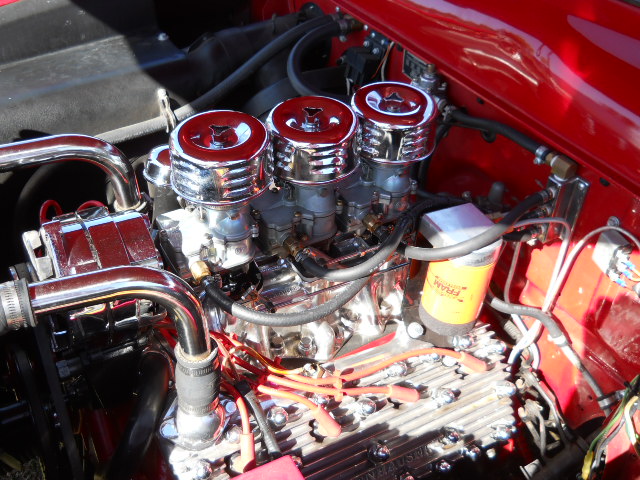 That was the ultimate hot rodder's mill, unless you had one of these.  An Oldsmobile 303, here featured under the hood of a '50 Pontiac Chieftain convertible.  This and the Cadillac 331 were the bomb in the day. 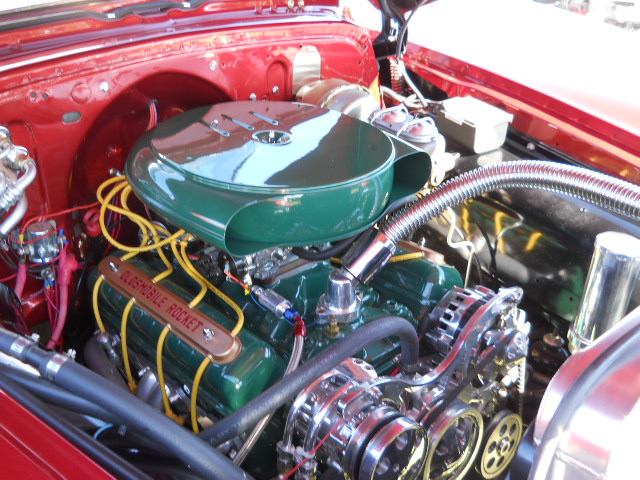 This '50 Pontiac convertible was done dead stock, down to the Dual Range Hydra-Matic trans and the hubcaps.  NICE car.  Very well done.  The Olds V-8 looks tiny in an engine compartment designed for a Straight 8. 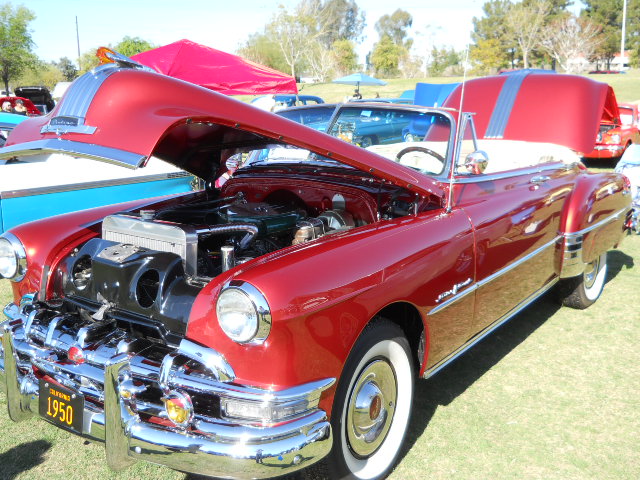 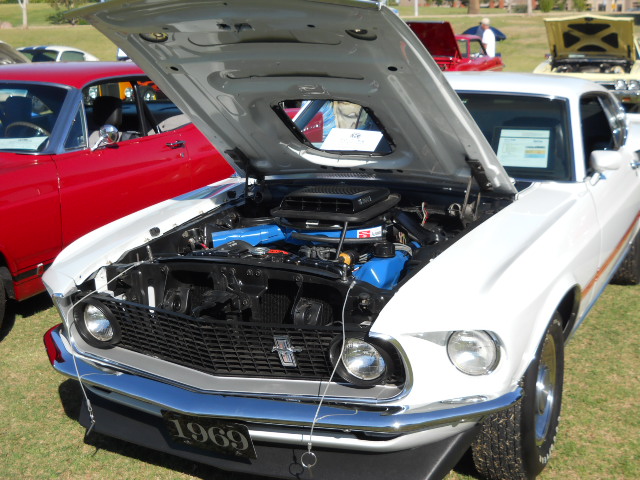 More pics of the little Crosley pickup.  There were several "geegaws" on this vehicle that were not standard.  The propeller on the front.  The grill bar was originally body color.  More will be revealed.  IT was a cute little car and the guy who owned it was genial and had fun with it.  He bought it as a junker on Craigslist and fixed it up.  I had a refrigerated semi-trailer once that the refrigeration unit was powered by a Crosley engine that burned propane.  They were tough little engines.  These pictures do not show just how tiny this thing is. 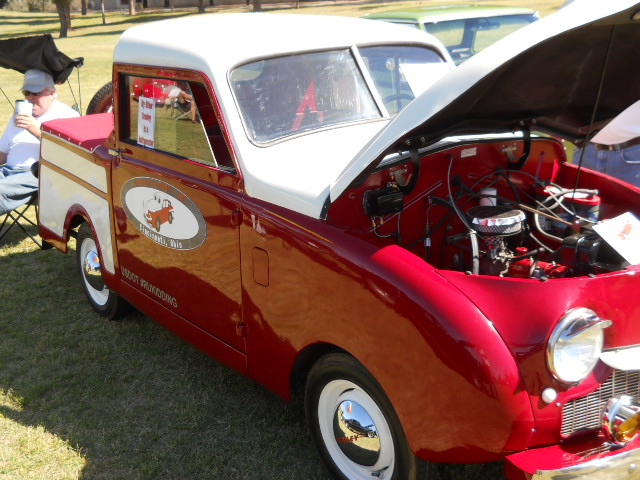 The water pump on the Crosley engine is driven off the generator. 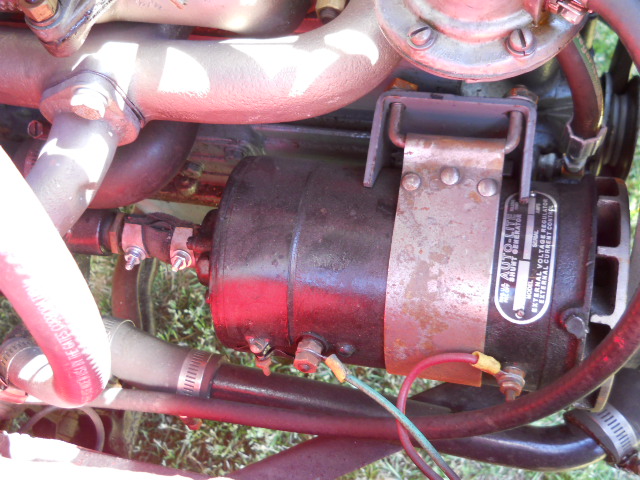 Now, as promised, the entry into the "A Butt For Every Seat" category.  This is a 1963 Pontiac Grand Prix.  These cars are not terribly plentiful.  There were NO convertible Grand Prix's built in 1963.  Someone has taken a fairly rare car, cut off the roof, and then added a 455 V-8 with a bunch of go-fast goodies on it.  Then to add insult to injury, the poor thing is loaded up with every juvenile geegaw they could find.  A horrible "roadster" interior, a trunk rack, side pipes, continental kit, side marker lights off a later Pontiac and hood cables.  This is the automotive equivalent of gutting a Concert Grand to make a fish tank.  Like I said, there's a butt for every seat! 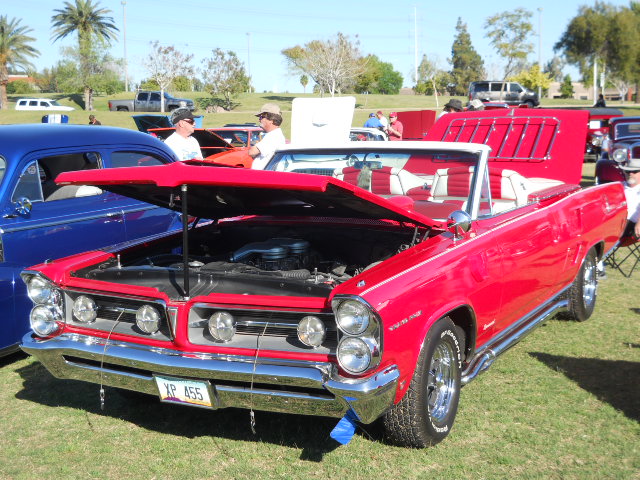 On a lighter note, how about a Perry Mason Thunderbird.  I'm not sure of the year, but our resident Ford experts can fill us in.  I'm guessing 1959. 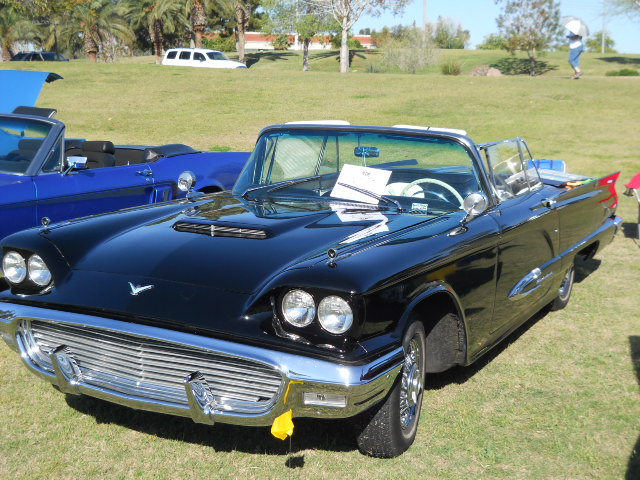 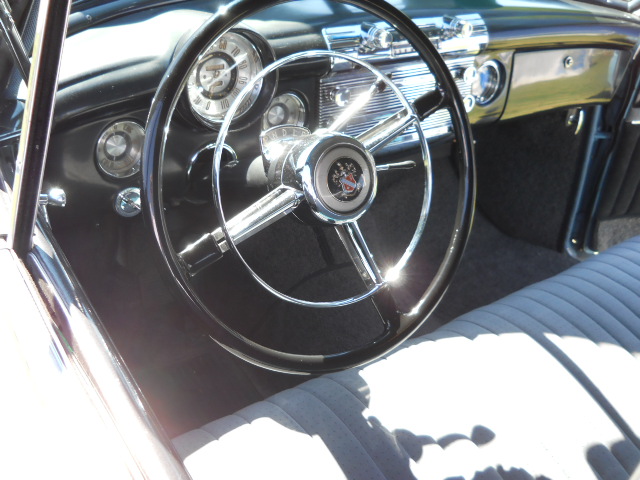 Next to the 1960 and 1962 Buick Electra hubcaps, these are the prettiest hubcaps ever put on a car.  You seldom see them anymore. 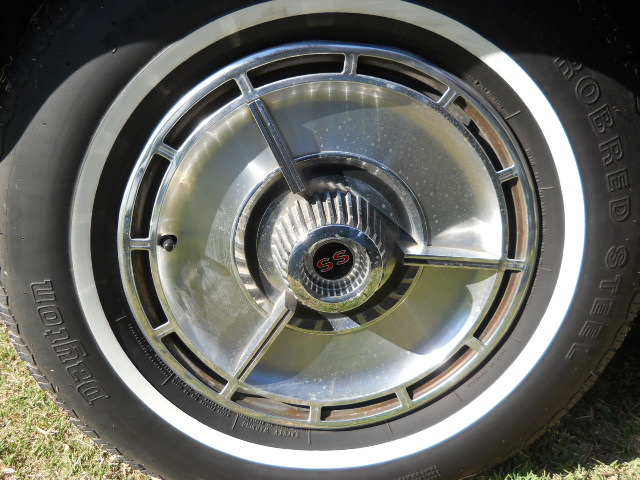 I shot myself in the foot with this one.  I asked the owner what year his Model A pickup was.  He quickly corrected me.  It is a 1931 Model AA truck. 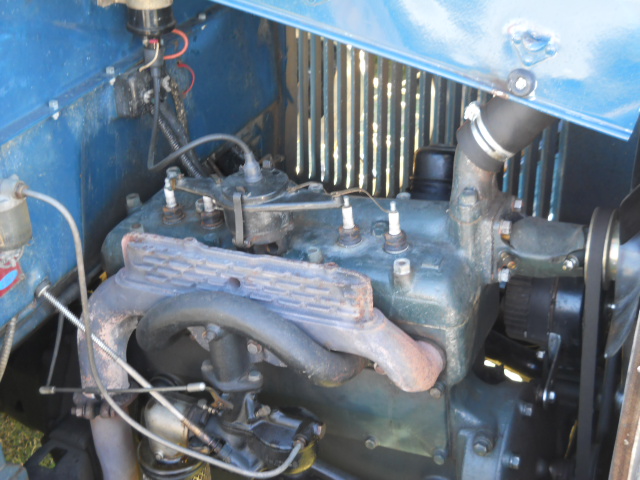 Wrong picture.  Sorry.  That is the engine in a nearby sedan.  Here is the AA truck. 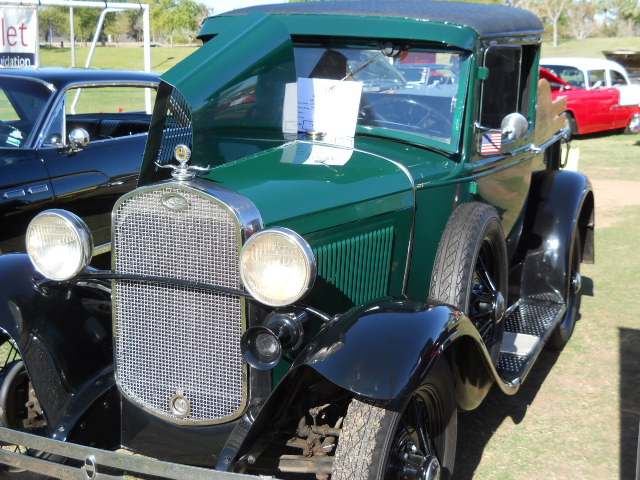 I'm glad you enjoy them.  I have never been anywhere that there are any more nice cars as there are around here.  There was not a dud on the lot at that show.  Even the "barn finds" and work in progress cars were nice.  There was a Chrysler 300 from about 1969 or '70 that arrived later.  It had a TNT 440 in it.  There were so many folks around it that I could not get a good picture of anything important.  It needed one of everything, but I had not seen one in eons.  Another car I have never seen out here is a 1969-'70 Mercury Murauder (sp?) X-100.  They had a 429 V-8, hidden headlamps, and almost every option you could think of standard.  Basically a Mercury version of the Ford XL.  I wanted one in the worst way, but we were a GM family and that was not gonna happen.  One of my greatest "automotive what-ifs" ever.  There was a lawyer in town who bought one new.  IIRC, they only came in limited colors.

I figured that at least one Ford guy would like that big 500 cid V-8. That thing looked like a Novi of the olden days at Indy. It was a monster. Which antique car did you like, Bill. Every car I took a picture of is an antique. Most of the folks who owned them were antiques, too.

MR MEZ, it had been awhile since I saw a genuine full-tilt flattie. The only non-authentic item on that engine was the spin-on oil filter. It was great to see a set of Offy heads, too.

I bet Bill was referring to the AA.

Gotcha.  That thing was a dandy, no doubt.

How about another one? 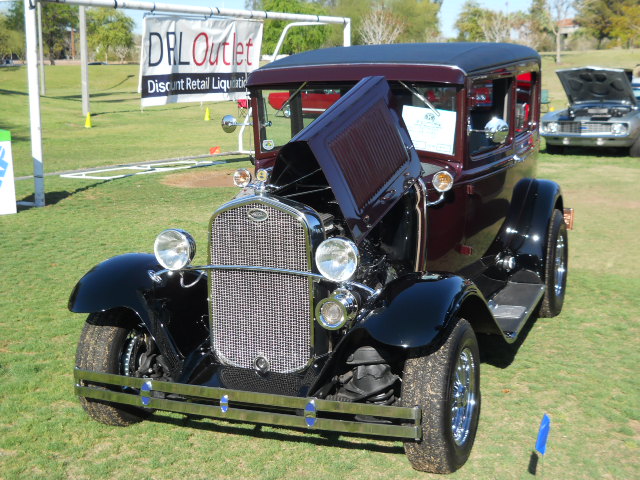 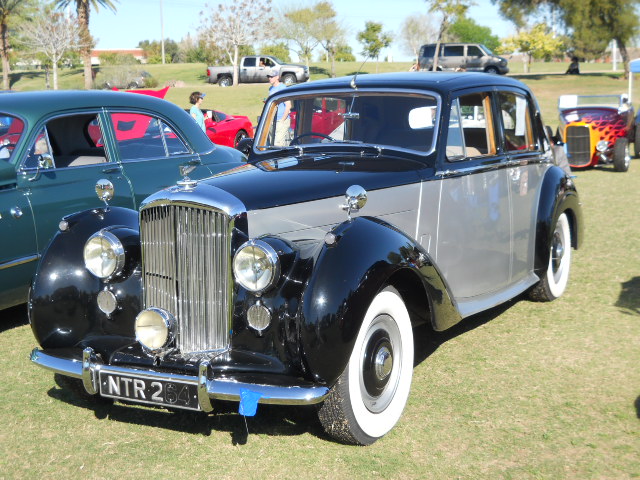 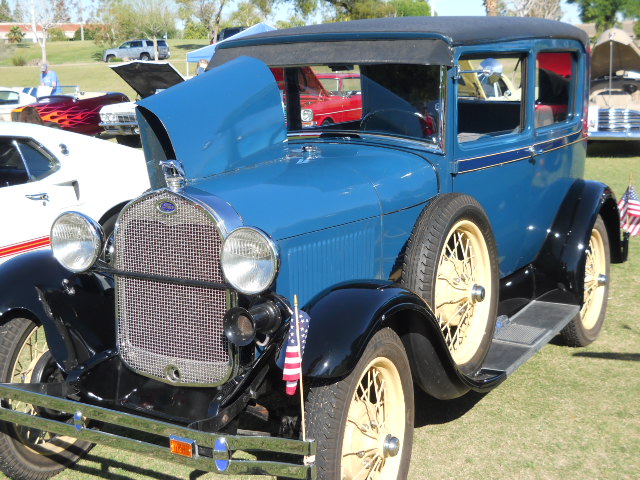 That Buick next to the Bentley looks like my grandmother's. 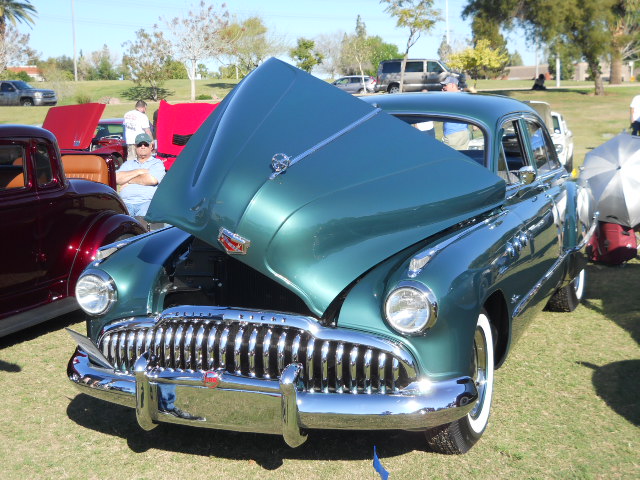 It is a beauty! My grandmas' had a flatted MSP blue paint job and a yellow plexiglas windshield visor.

We were talking about the '58 Buicks the other day.  Here is a '58 Limited.  The best feature of this car is its paint job.  It is my favorite color of all time, Lido Lavender.  I think it was called Laural Mist in '58. It was Lavender Mist in '63 and Evening Orchid in '65. It was Lido Lavender any other time. It's gorgeous whatever they call it.

It was Rose Mist Metallic in 1962. It is not rare. It is one of Buick's more popular colors.

And finally.  In the "If I Only Had An Extra 10 Large" department.  I would own this car.  In a heartbeat.  THE rarest form of '63 Electra 225.  A model 4839 four door, four window hardtop with bucket seats.  Imagine this baby in Lido Lavender paint. This is the only '63 Buick I have ever seen with a factory vinyl top.