ON tonight's episode of "Perry Mason" on METV, "The Case of Mr. Turn-A-Bout", Hugh O'Brien played Bruce Jason, a guest attorney on the show. Werner Klemperer, most famous for playing Colonel Klink on "Hogan's Heroes" played Olreg Zenus, a semi-bad guy and one of the plot principals. In one of the scenes with Lisa Gay, there was a Concert Grand in Bruce Jason's office. It appeared to be a 1ST801F in the Moderne Danish cabinet, and also appeared to be a 1959-60 model per the knobs on the front. The sliding doors over the tuner were to one side so the dial was visible. On Wednesday evening, Betty Davis played an attorney and drove a '63 Buick Invicta wagon on the show. Both of these episodes were dated 1963.

There is always much more to see on MEtv than just the immediate episode of a program shown. That is what makes it such a pleasure to watch. Werner Klemperer had a musical background that his dramatic career gave little clue to.

Personally, I like Antenna tv better. Me tv got rid of some shows I liked a lot, including Wagon train, The Honeymooners, and, Twilight Zone. They also put wonder woman on, and, moved Lost in space to midnight, when I'm already in bed. I suppose they now also got rid of Petticoat Junction...
_________________
Please also join us here; www.videokarma.org/index.php

I saw the Perry Mason episode WC and immediately thought of you.

I'm surprised that with all the high toney houses on Perry Mason that they don't use the Concert Grand prop more often. Wonder what happened to it when the show ended? Betty Davis got her '63 Buick wagon "borrowed" on the show and was not the least bit concerned. There is an early RCA color TV on that show frequently, but this is the first time I've noticed the CG.

I like Antenna TV and also Movies! channel. All the good John Wayne movies are on when I'm at work, usually. Cox cable has added METV, Antenna TV and MOVIES! to cable now. I like to watch that stuff on my antenna setup for some reason.

Thanks for thinking of me, Tony.

COZI-TV is another retro one to watch.

You must be closer to South Mountain than I am. I can't get that on antenna for some reason. COZI-TV is on at work occasionally. Wonder what station that is on Cox cable?

Comes in on a cheap steerable Winegard dipole.

My converter box may need re-programmed. Or maybe I should break down and buy a new TV. I hate to get rid of a perfectly good CRT TV set.

WC, if you want to see something different, watch the movie "The Fallen Sparrow"  with John Garfield.  That was made in 1943, and John Banner is in the cast.  See what he really would've looked like when Sgt. Schultz was stationed at Stalag 17. 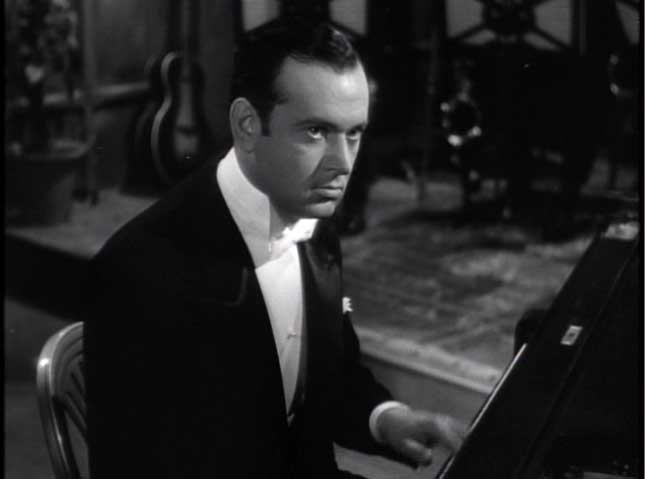 I seen a Magnavox on the Danny Thomas Make Room for Daddy show. Not shure if it's a Concert Grand.