I've been wanting one of these model 870 Millivolt Commander, FET meters for a while.
Picked it up cheap and finally got around to fixing and calibrating it. Some folks have trouble, apparently, with getting these to zero properly with Alkaline AA cells in place of the no-longer-available mercury bias cells, though the manual says that standard AA cells can be used if a drift of up to 1mV per day is acceptable. I realize they were referring to carbon/zinc cells when that was written, but I have had no problems at all with the alkalines.

Now when I got it, it wouldn't zero properly--it lacked the full range of adjustment--and would not read voltages at full scale either. This was not due to the cells used though; it was because a 1.5K resistor in the calibration network had drifted up to almost 6K ohms. Replacing that (and checking all the other resistors) and replacing all the electrolytics, while I had the board accessible, made it right.

I like the 0.1 volt DC range and the .01 volt AC range (only up to 50 kHz though--less than a VTVM), no warming it up, and no zero drifting on the workbench. 10.6 megohm input resistance on all ranges--including the 470K ohm isolation resistor in the probe tip on DC setting. 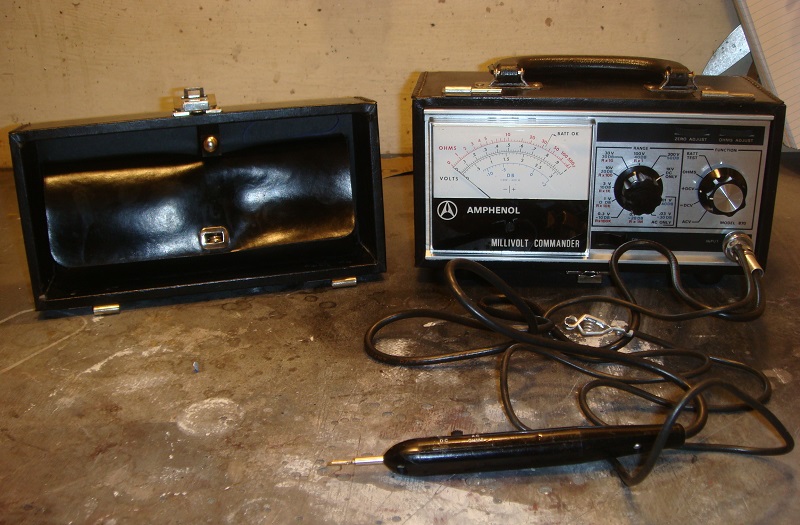 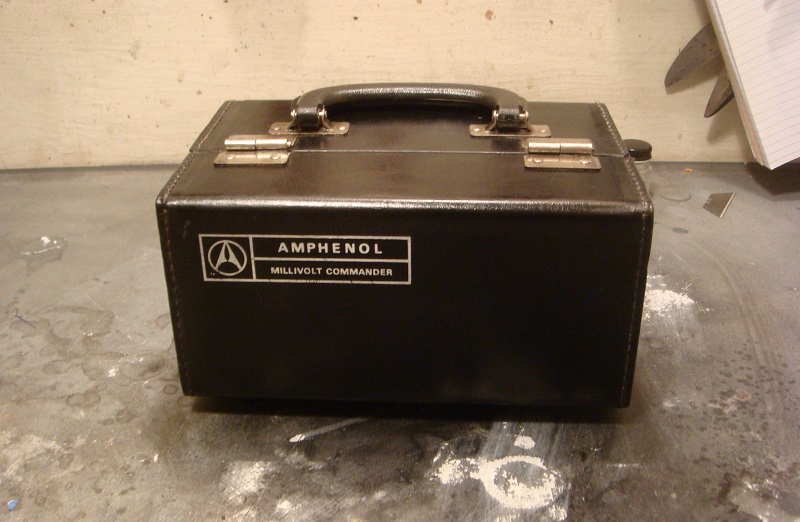 That is interesting. I hadn't known that Amphenol made nor commissioned any test equipment. That must've not been an easy one to find. Looks in pretty nice shape.

They are not very common. I more often see RCA (or the later VIZ branded) Senior VoltOhmyst version of the FET meters...and relatively few of those, even.
Seems they were all made during the short VTVM to digital meter transition period, late '60s to early '80s, when you could buy a new VTVM, digital, or FET meter.

The case was scuffed and faded and the hardware was covered in surface rust. A cup brush in a Dremel tool followed by a clearcoat laquer fixed the hardware. A good cleaning and some shoe polish for the leatherette. The inside was clean.

I reckon Home Depot will be your friend on the battery front.

75X11 wrote:I reckon Home Depot will be your friend on the battery front.

Maybe so, but according to the manual, they ought to last a long time. It is a screwdriver job to replace them, and the manual says to clean and put Vasoline on the terminals on those occasions.

Well, the more I use it, the more I like it. It pretty much has the grab-it-and-turn-the-dial convenience of a VOM and the impedance of a VTVM without the dancing numbers of a digital (though a couple of my DMMs have decent bar graphs).

...They should still make these.

You've got some cool "stuff".

You've got some cool "stuff".