Yesterday, as I started the shift, an employee brought in his portable radio.  The front LCD was black, and he said it wasn't working right.  I told him to call back later and he left.  I opened the unit and found it's innards crushed.  I called the guy and told him that I would write it up and he could pick up the paperwork as the radio was a total loss.  He came in a couple of hours later and when I gave him the papers.  I asked him: You ran over that with a forklift, didn't you?  he said he dropped the radio next to one.  I told him it crawled underneath too.  Tonight his boss wanted pics of it because this was the third unit this guy wasted and the will contribute to the kitty for this one.  The boss was amazed because the guy had told him the unit just came unclipped from his hip pocket and fell to the ground easy.   I told I could stand atop this 1 story building and throw it down at full tilt to the sidewalk and it would look undamaged compared to this.  The other tech working in my ares wanted to see if he could fix it by putting a new RF shield on it.. I told him it needed a fork in it.  Here are a couple of pics of the insides. 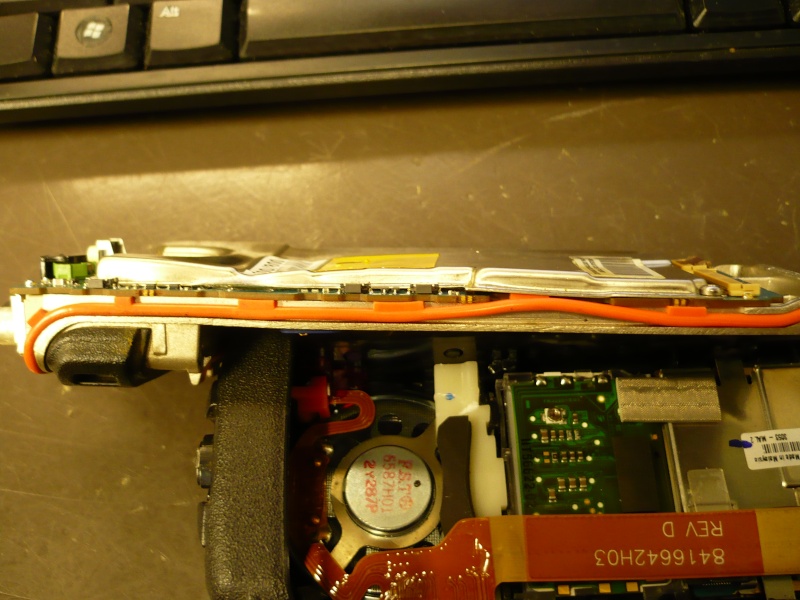 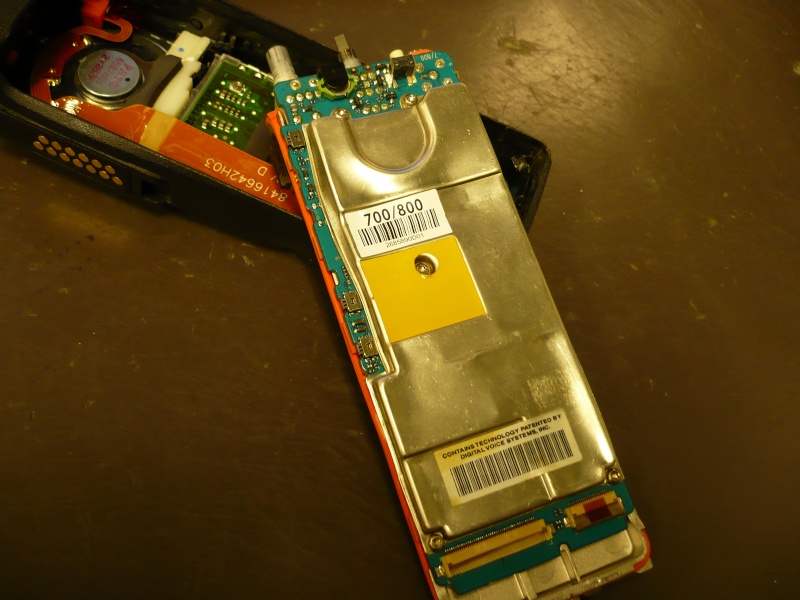 That is a couple thousand bucks worth of paperweight.

It was run over by a forklift? I'm surprised it is in as good a shape as it is!

Those are tough l'il nuts. A car running over them usually will only take out the display.