I have been thinking of setting up a buffer for cases. But bench mounted buffers run so fast I have heard it will burn through cases. I had a setup years ago using a copier motor that was geared down and a old fashioned grinder head. It was too slow to use but I used it until I got a real one. I still had the motor and head unit so I thought I would try it out to buff cases. Here is the motor. 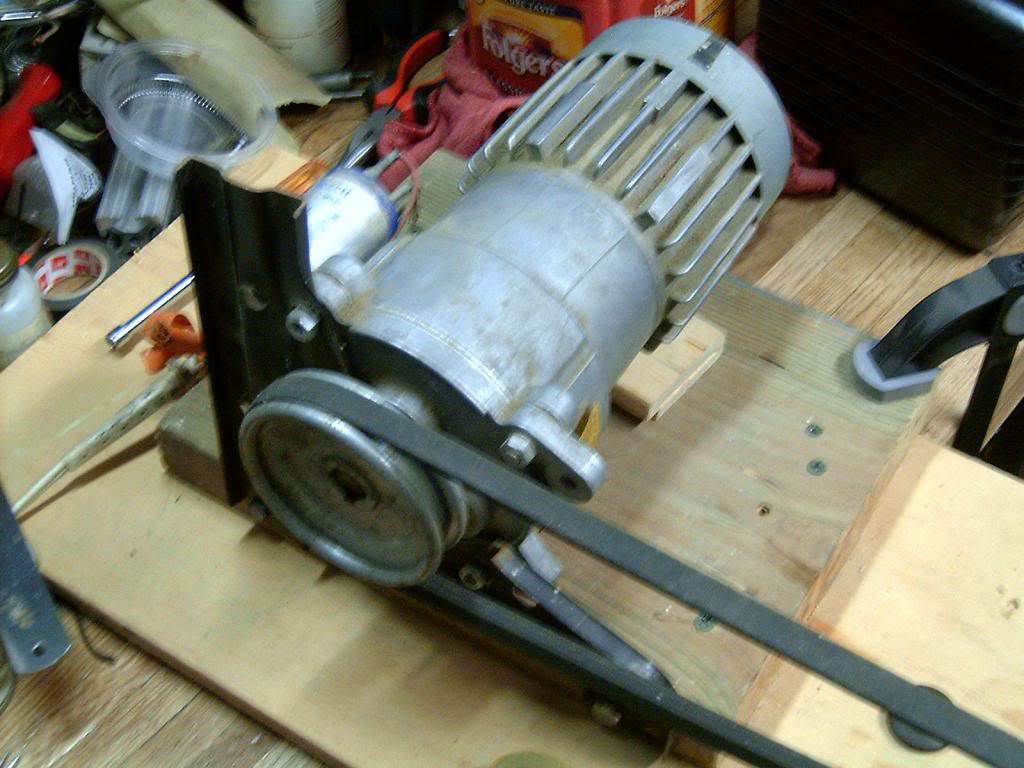 I found a board I wanted to mount the parts on. I wanted to mount the grinder/buffer head to the corner of the board. I drilled two holes for bolts to hold the buffer head to. I left a little slack in the head so that I tightened it down after the belt and motor was on it would get tighter. I used a clamp and reversed one arm so it would push out on the two pulleys. I then mounted screws through the board the motor was mounted on since the belt was tight. I then mounted two buffer pads on it and tightened the head down to the board. 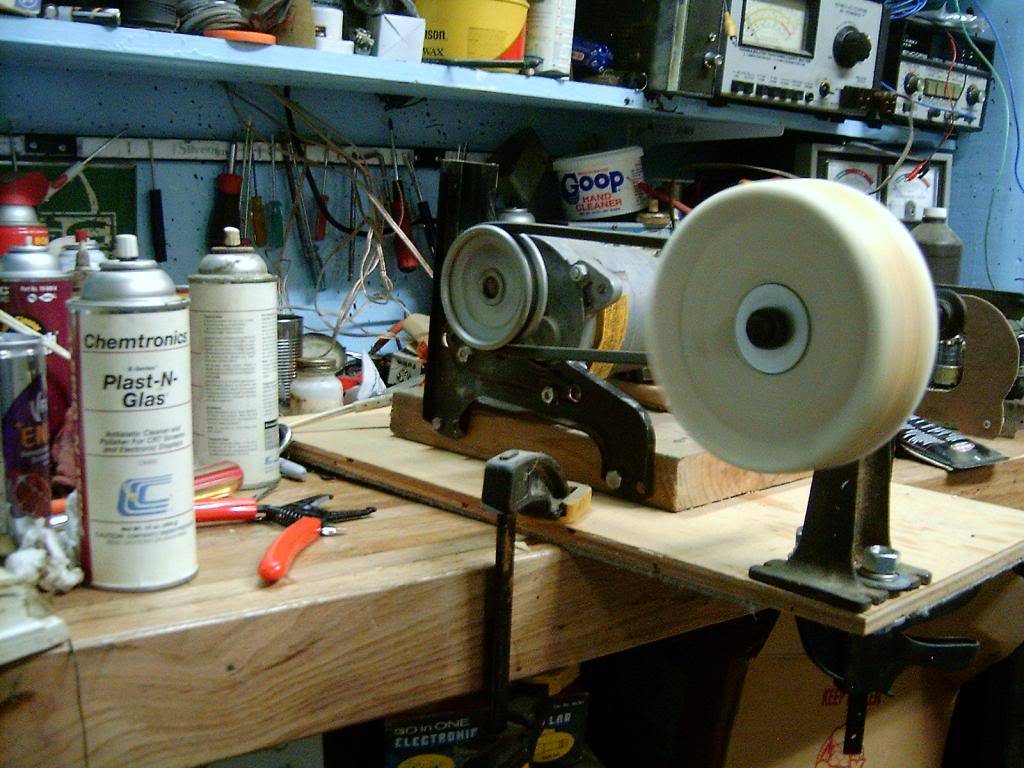 You can see in the above picture the 2x8 scrap the motor was originally on. I had cut out a piece of the metal frame the motor would mount on and this is what is holding the motor to the board.

You can see one of the two bolts that hold the grinder head on in this picture. With the slack in it after the motor was screwed down I could make the belt really tight when I got this bolt tight. 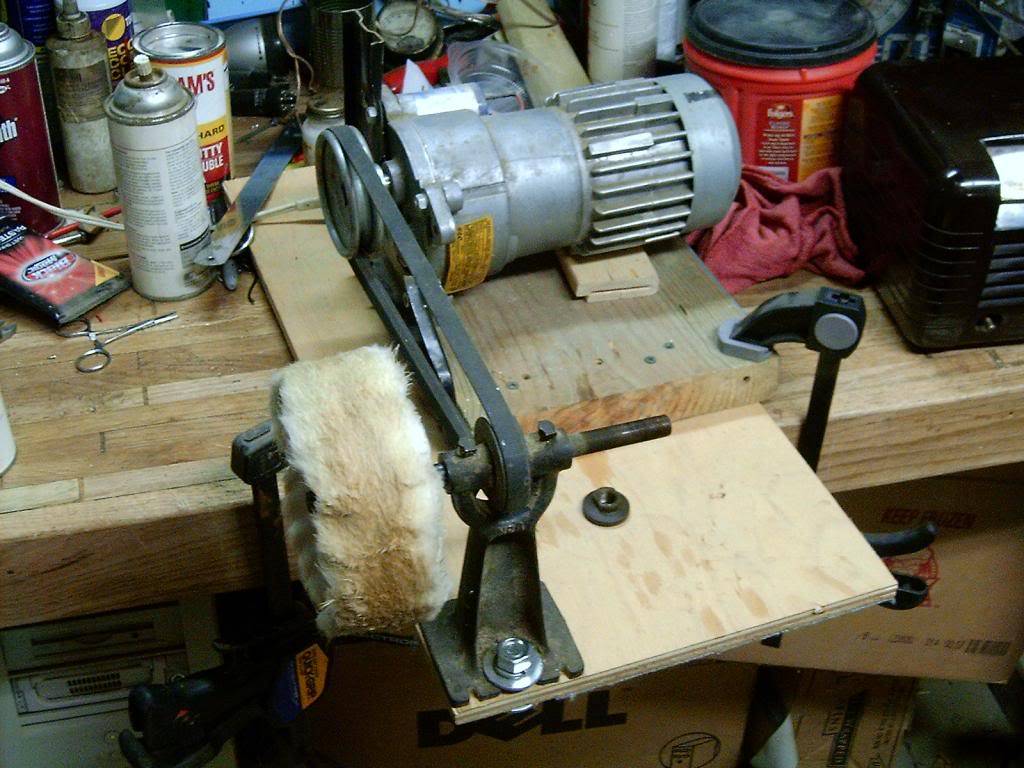 It runs around 300 to 400 RPM, a lot slower than a real grinder. I used car wax instead of rubbing compound since I didn't want the grit of rubbling compound to burn through the top layer of the case. This below is the case of the 65x1 I just got going. I sprayed some cleaner on it and wiped off the dirt. I then buffed it for about 5 minutes to get that shine. I plan on redoing it after I get it a little cleaner as this was a test of it. It was soft enough to leave the paint splatters but buffed out the surrounding case. You can see a reflection in it now. 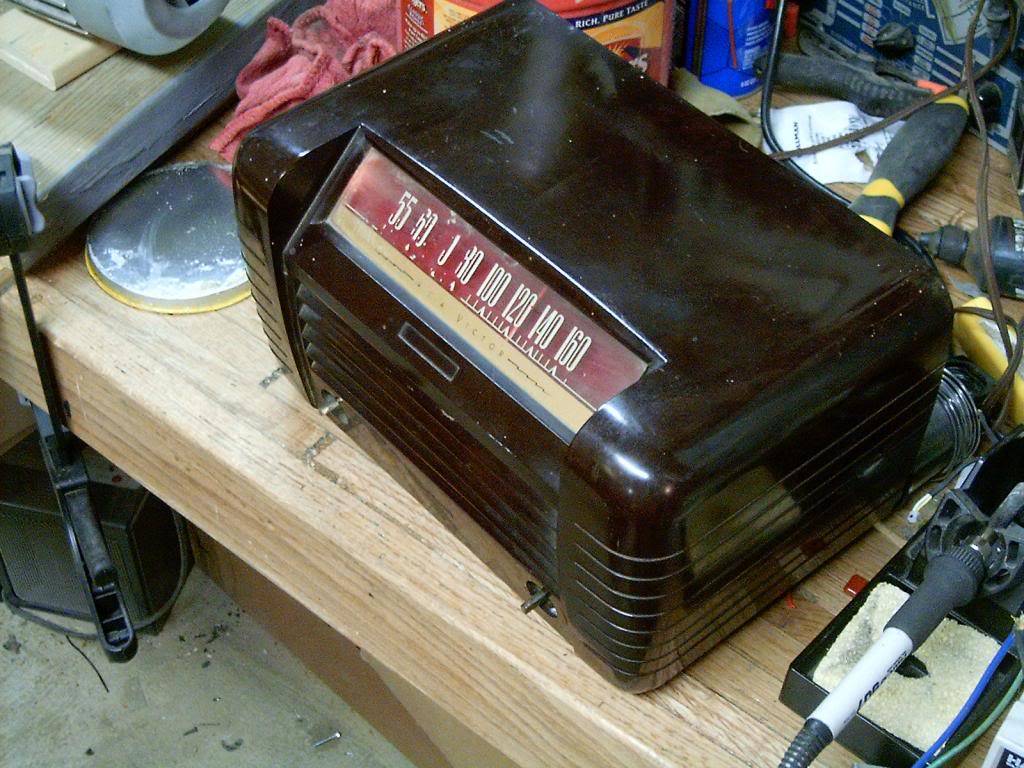 To give you an idea of how it does here is a video of it just below. The camera looks closer but I don't think it ever got closer than 16 inches to it. But it looks like it is about to hit it. It runs so smoothly I was able to hold the case with one hand while polishing.

After it was buffed it had not burned through the top layer and the case was not hot,it was still cool. I plan to rewire it with a thicker cord and add a on off switch as the cord on it was for testing.

Nice job Willie, I saw your buffer on Facebook too!

Thanks Mezlaw. It was easy enought to make I thought I would post it i n case someone might want to build one as well.

Willy, nice job and thanks for posting it. These are the things I find most interesting.
Jerry

Thanks Jerry. I am the same. I like to see projects as well.