I got this off eBay and I should have taken some "before" pictures.
Anyway, it cleaned up nice, eventually. It needed a new 6AK5 amplifier tube (V2, almost the first in the five tube amp string) because it was noisy. It tested OK, but in circuit, it was making the needle jump around. I also replaced the 6SQ7 (V1) just because I've never seen a good 6SQ7.

New handle...its for a guitar amp.

New caps for the old paper/wax and electrolytics.

Replaced several out of spec resistors and the 25K, B+ adjuster potentiometer. It was frozen and would not turn. I had to order that because I only have some 1/2 watt ones around and I think this was a 2 watt.

There was a tiny nut rattling around inside the meter movement housing that holds one of the spring clips that holds the glass.
Fixed that.

Cleaned switches and the other pot.

Replaced the filament rectifier with a silicon bridge and 2 ohm 20 watt dropping resistor.

Set B+ and filament voltage per spec, and went through the calibration procedure. I am very impressed with its rock steady RMS voltage readings as I dial though the wide band of frequencies from 20Hz to 2MHz...up to 300VAC and down to 1 millivolt full scale.

I like to say it's a "one trick pony," as it only measures AC voltage and nothing else...but boy howdy, it does its one trick very well! 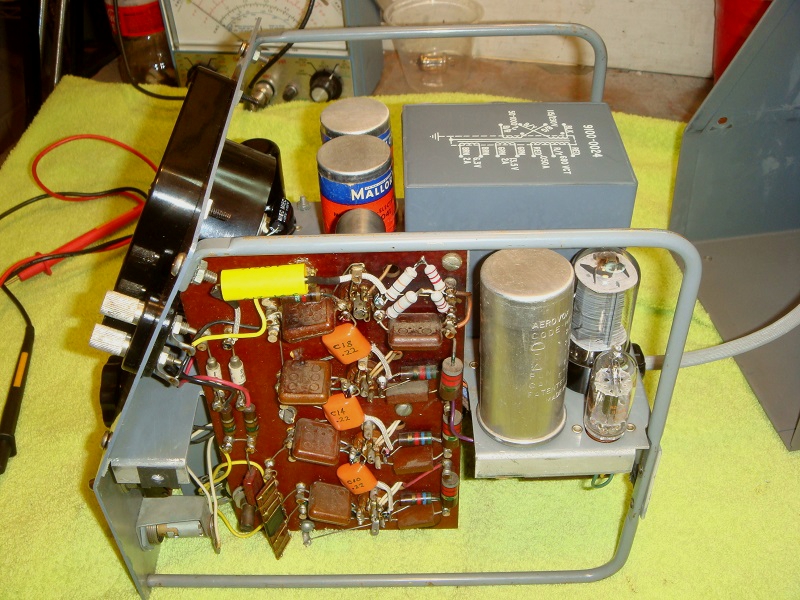 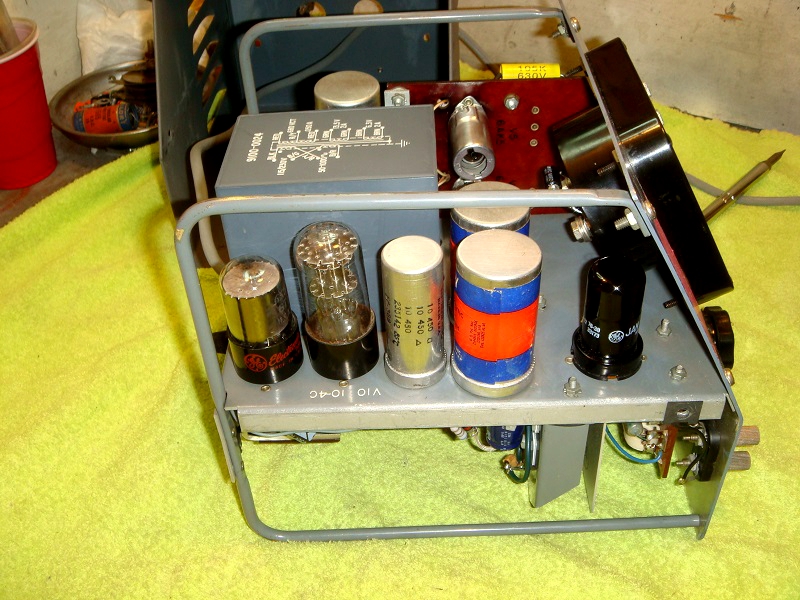 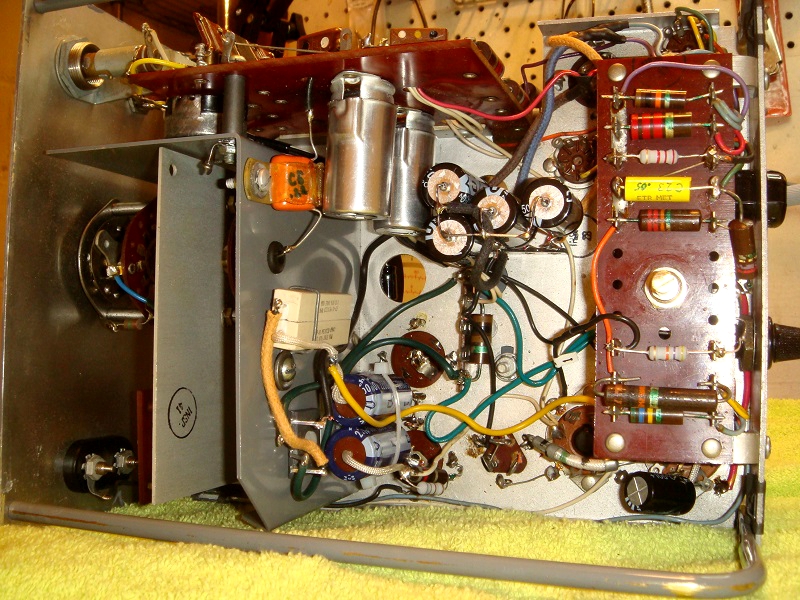 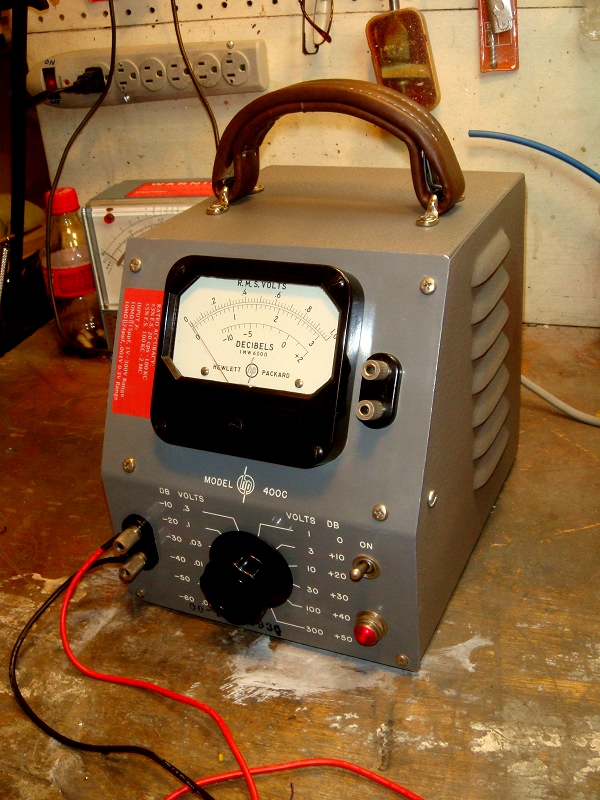 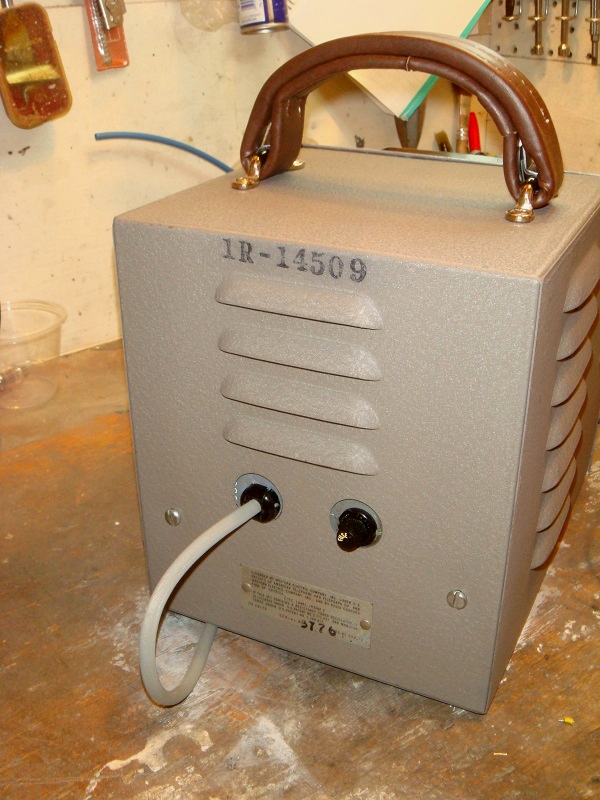 Thanks. My scope is jealous....

Tek: "I can show waveforms and voltage!

HP: "I have a calibrated amplified output!"

Tek: "I can show waveforms and voltage!

HP: "I have a calibrated amplified output!"

TeK: Yup! but ya cannot show distortion or harmonics or noise, HMMMMM. And a course you don't get that glow! LOL
OH did I ferget, I do Have Calibrated input- it says cal on the switches that are RED.

Thanks! I've been putting 'er to work already.

HP: "Well I can read the voltage of any frequency in a broadcast band receiver, and yes, I can indicate noise and harmonics just fine, along with their intensity with the proper setup...too many people only go out and buy new equipment these days rather than figure out how to make the VTVM work harder for them. Did you know when I team up with the old gray signal generator, that I'm also a capacitance and ESR tester?"

(Don't get me wrong, I love my scope, but I don't use it that often and could probably get by without it for the work I do.)