well 0bviously your design is flawed. and your missing the whole point. I could buy a hamburger, but i know for fact i can make a better one.

Hello Bill,
I to own a sstran and it does work vary good the one problem I found in my area there is a lot of Spanish radio station running it was hard to find clear upper channel to use I over power a spanish channel but sometimes they interfer with mine .
Sincerely Rich
P.S. I have mine hooked up to a 100 disc pioneer cd changer I'm also going to add my old am/fm preamp so that way I can even listen to fm on am

Hello Bowfin,
nice job far as that transmitter goes my self I have most of the parts kicking aroud to build it I even have a case just need to round the parts up and put them together .
Sincerely Rich

Naddy69 wrote:Yeah, I've got a 6888 transmitter also. It's OK, but the TH or SSTRAN runs circles around it.

My SSTRAN is OK but sits on the shelf unused because my 6888s all have more output. Yes the SSTRAN is peaked for the antenna I use and does work as advertised.

Every 6888 transmitter on this page has a signal that can be heard clearly for one block using only an mp3 or CD player. http://www.tubbytwo.com/tx_index.html 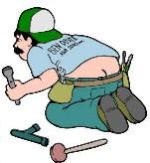 Thanks everybody for a wealth of information. I'll be keeping my eye out for any one of these units suggested. If I can find something reasonable I'll give it a try.

Checked out your transmitters. Explored the rest of the site and enjoyed the stories, especially Ensenada. We lived in Chula Vista in 1967. I was job shopping at Rohr and Ryan. We had a very tame trip to Ensenda one day. The wife and three small kids. A nice lunch and no barfing! I have a story of my own. The year before, we lived in Van Nuys for two months. We drove out from the east coast right after I got out of college. I couldn't find a job, and with a wife and three kids, things were getting tight. Even tried starting a dog walking business. Got one phone call from my ad in the paper. I had the woman convinced I knew something about all dog breeds. I had borrowed a book from the library about dogs and quickly flipped pages to read about her breed as we spoke on the phone. Nothing came of it. A day or two later, in a fit of frustration about not finding a job, I took a swing at the bathroom door and punched a hole in it. I felt really bad about it. The landlord was a great guy. I made a phone call to a local carpenter who told me to bring the door to his place and he would use it as a pattern to fit hinges to a replacement door. I waited until dark, unhinged the door,carried it under my arm to the car('62 Plymouth wagon) and drove to the carpenter's house. We struck up a converation while he was fitting out the new door. Turned out that he was from my hometown back east! I snuck the new door back into the apartment under the cover of darkness and painted it the next day. We came back east a couple of weeks later, worked for a year, and headed for Chula Vista. This time with a job waiting for me. We made the trip in four days. Lots of fun when you're young and willing to do just about anything that pops into your head.

I didn't think they were stereo. Someone had said, on another site that they have an AM stereo version. I thought that was odd.

Never heard of a stereo TH, but my friend Chris Cuff has had some AM stereo transmitters on ebay. Not sure if he'll be making more. The earlier versions didn't put out much power though I understand the later ones have been beefed up.

There's also the ASPiSYS ASMAX1 C-Quam Transmitter which is made in Greece. I think a Google search of ASPiSYS should get you there. They also make an AM stereo decoder which can be added to most radios which have stereo audio. Stateside, an acquaintance of mine, Jeff Deck, also makes a decoder. Do a Google search for Meduci and you'll run across his site.

Yeah I see the AM stereo transmitters on eBay regularly. I swear I don't see the point, but whatever.

The first one I bought performed wonderfully for years, without even a hint of a flaw. I used it at home, I used it at radio meets to broadcast within the room, I even took it for a display in Crosley's mansion to play some OTR into a couple of Crosley radios.

Then one day I tried using it for a display outdoors. I had a portable AC power supply, and had an Atwater Kent 60 playing. Turned it on and got a blast of hum. Turned on a Zentih TO, on batteries, and it sounded fine. I figured maybe the problem might be with imperfect-wave AC going into a crude 1929 power supply, so I left the AK off and used the TO. But later, when I put the transmitter back in the house, connected exactly as before, I got the same hum. The AK was fine except when tuned to that station. Other radios in the house gave me hum as well, including some pocket transistor sets. The only radio that didn't hum was the TO. Sooo . . . I put the transmitter on the bench and tried it -- same hum. I disconnected the wall wart and connected a DC power supply into it -- hum was gone. Scratching my head even more now, as the wall wart outputs AC. But figuring it had to be something in the power supply, I replaced the filters, replaced the diodes, replaced the IC, and STILL no improvement! I then wrapped it up and sent it to Phil, asking to fix this one and also to buy a second one. Phil checked it out nine ways to Sunday and found no problem whatsoever!

I got it back, hums. I built the second one, hums. Obviously now I need to look at something in the house. I found nothing. I DID find that the hum varied, depending on where I connected the ground wire. I found a place that's "not too bad" and lived with it.

Then one day I rearranged the room. I bought a new desk, placed my AMT-3000 on this desk across the room from before, and everything works. No hum. No hum from the other one either. The hum has disappeared as fast as it came. The fact that it was tested, and the fact that two of them did it, proves that it's not the transmitter. But what was it? It started at an outdoor display in Venice, and continued in my shop where it had worked perfectly the day before -- and then everywhere I tried it I got the same thing. Once again I've taken (the other one) to displays elsewhere and it has worked flawlessly. Go figure. Gremlins I guess.

What would I improve on with the AMT-3000? Two things; first I wish it would run on 12 volts; it would be nice to run it outdoors, powered from a car lighter. Second, I would like some kind of metering, possibly LED's. I'd like to know when I'm reaching 50% modulation, 80%, 90%, and 100%. Ideally a good signal with compressed audio should touch 80% frequently, 90% at peaks, and never touch 100%. If trying to recreate a vintage radio signal, it should touch 50% only on the strorngest peaks and have compression turned off. Modulation makes a difference, and my Atwater Kent 60 is a perfect example. These radios have a little distortion on modern broadcast signals but drop the modulation to 30-40% and they sound great.