After reading the post on pulling stuck knobs I thought I would do a how to on how to make a knob puller. It took me longer to find the piece of metal than to make it. It took about 5 minutes to make it and that includes taking pictures. I have no idea where the idea for this came from. Seems like I saw one years ago or I made one and it worked good. So since I am getting back into radios I thought I would make one. The puller allows you to pull straight out and not harm the case. If it is really stuck I would use some type of spray to help it get loose. Anyway here are the steps.


Here is the piece of metal I found. The size and width is not that exact. I found this piece and it was a good size to use in that I didn't have to cut it out. If I find one narrow later on I may make another one. This one is about 1 1/4 to 1 1/2 wide by about 14 inches. This piece has holes in it so ignore these holes. They will not be used as I will be making new ones. 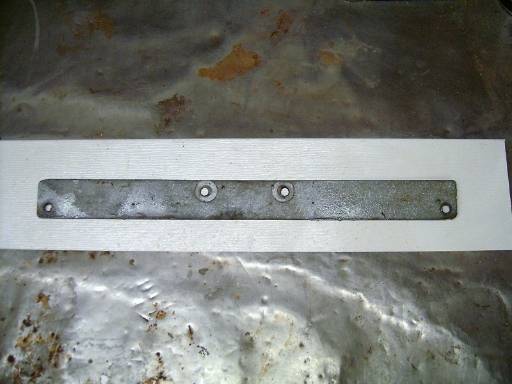 The next photo is of the piece with the two holes I drilled that you actually will use. I forgot the size I drilled but what you need is a drill bit that is a size or two bigger than the shafts you will be pulling the knobs off. I just took my drill bit sizer over to a zenith I had and saw what it was then went about two sizes up. The black lines I drew on it to make a pattern for bends,cuts and holes. What I did first was to make two marks about 12 inches apart from each other. I eye balled it and tried to get it equal from the center. That line is the center of where you want to drill. The second line towards the center is the bend line. I made that about 1 inch as I figured the biggest knob I might use it on would be no more than two inches. The lines going away from the drilled hole is the part that will be cut. Both ends of the metal is cut,drilled, and bent on the same lines. 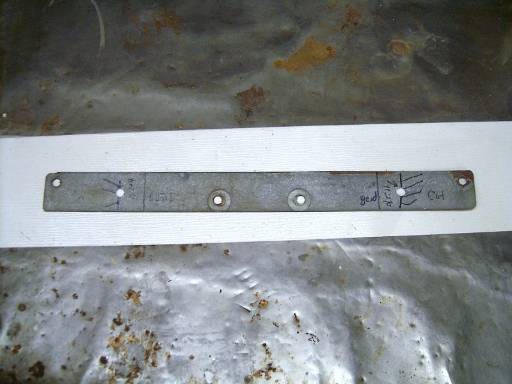 The next step you see the metal piece after I have cut the ends off. You cut roughly in the center of the drilled hole. I actually left slight more than in the center on my piece. I filed the ends where I cut so it hopefully would not cut me or the cabinet. 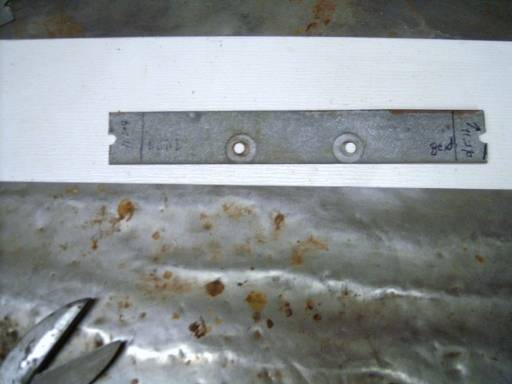 The next step is to bend the ends. Make sure you bend them as in the photos. I bent them about a inch in to a 90 degree angle. The easiest way I have found to bend a piece of metal like this is to clamp it in a vise and then just bend it by hand. I finished it off by tapping it with a hammer to get it flatter.  This was the line I drew more towards the center away from the holes I drilled. 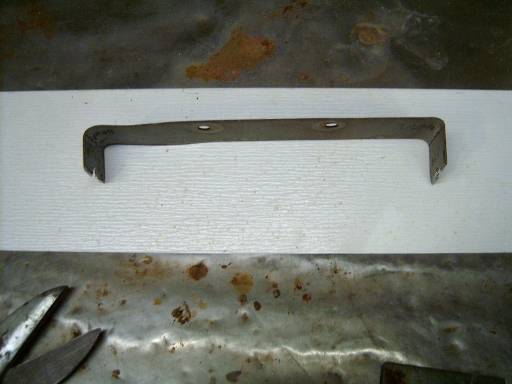 After you get it to look like above you need to measure to the center. I made a mark so I would know where it was. You will use this to bend the piece around a round object. I have a powermatic planer and it has round tubes that the fence slides on. I bent the metal around it since I knew the tubes would not be hurt. You can use anything like gavanized pipe wooden dowel,etc. When you bend it try to get it to where the ends will meet. When you get it done it should look like this. 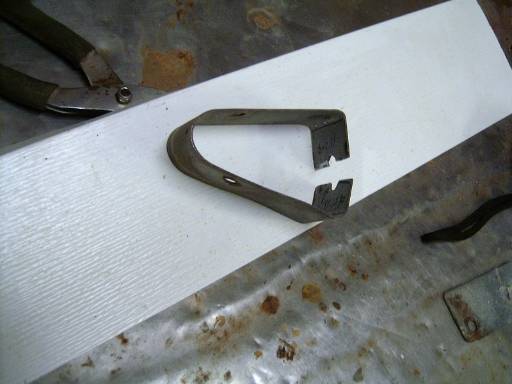 Here is another picture of it from the bottom. 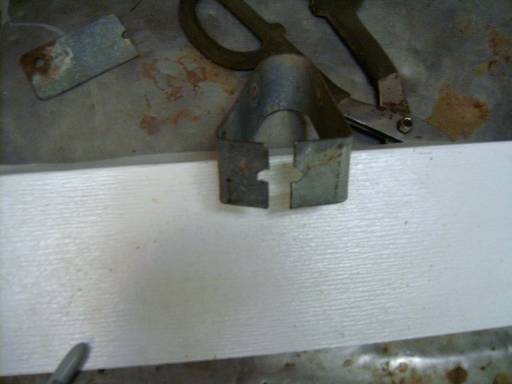 It works similar to the old IC pullers. You just slide it under the knob,squeeze it and pull up. If you have some heat shrink big enough you can slip some over it and shink it to use as a soft grip. I probably will tape around mine. As I said I have no idea if I came up with it or saw it years ago. I think I had one about 20 years ago but I lost it if I did. Anyway I hope if you make one it will help you out on those stubborn knobs. On the metal the main thing is find one that is stiff enough that when you pull it up that it will not unbend. Also not too stiff that it will not bend the way you want.

Thanks folks. I like to make my own tools and other items. I belong to another forum at garagejournal.com. They have all kinds of homemade items for the workshop. I have made all kids of tool holders for my walls from ideas there. I even have made a portable metal press and English wheel from things I saw there and the internet.

That is a mighty good tool!  This is also a good material to make up the soft grip area on tools.  Sometimes it's easier than getting the shrink over bends and sharp corners.

Neat idea, most of the time pullers for automotive work are just too big!

I like the plastic dip stuff but in the past I only get one use out of it. I had some that dried out before I was able to use it again.One trick I do on tools like hoes and shovels is this. I will cut a strip of foam about 2 inches wide by 1 inch thick. I start wrapping it at the bottom where I want it to start. I wrap it at least once until I get all a round. I then put electrical tape on it to hold it. then I go up at a angle until I get to the top. I wrap a little at the top. I then wrap electrical at the bottom like I did with the foam all the way to the top. I then have a cushioned handle . I have some really thin foam I may try with this tool.

The first can of the dip I got went hard on me too. If you put the plastic lid on the can and put a zip close bag around it and put it in the refrigerator, it will keep a long time. Just bring it to room temp before using it.

Nice idea and reminds me of a gear puller.