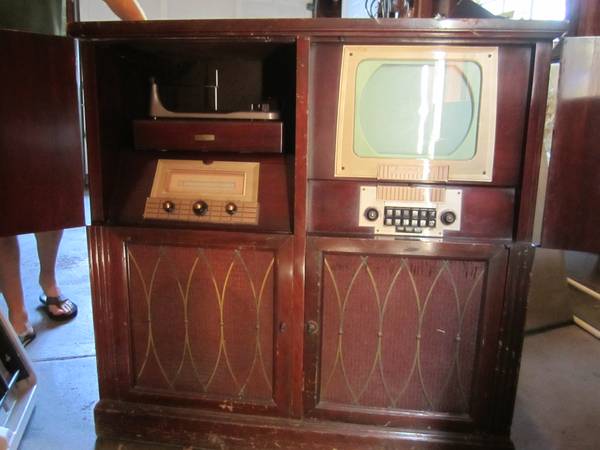 Haven't yet heard from the movers, but, no surprise there. I don't expect the sets until later this month... Still getting ready for delivery...
_________________
Please also join us here; www.videokarma.org/index.php

Yikes! Talked to Tim last night. I think sets are coming sometime next week. I have a few more things to clean up, yet. I'm going to try to get help from my bug man today...
_________________
Please also join us here; www.videokarma.org/index.php

Finally heard from shipper. Weworked out a day, and, approx. time. He is bringing them next Saturday afternoon. Probably in later part of afternoon. Sorry, unless I can download my software into this new computer, I won't be able to put any new pictures in this computer....
Bill Cahill
_________________
Please also join us here; www.videokarma.org/index.php

The excitement is building Bill! This does beg the question, how do you find room for that many TVs?

Simple... Junk crap, and, clean things up. I have room against a wall for the Bendix, and, the Admiral will go in front of a chest of drawers with books in it.
_________________
Please also join us here; www.videokarma.org/index.php

More good news.. I was finally able to get my software for my computer camera installed, so, I'm back in business...
Cleaning continues... Been putting more things away, also. I plan on being ready for this coming Saturday...
_________________
Please also join us here; www.videokarma.org/index.php

That's good! Those sets ought to make for some good pics!

Congrats Bill. Post photos so we can drool over them.

I'm excited for you, Bill!

Well, If it had to be something wrong, there are worse things. Looking forward to the pics.

Put a little butter dish with baking soda in it in the back of your TV's until you are ready to clean them better. It will get rid of the smoke smell and is cheap. 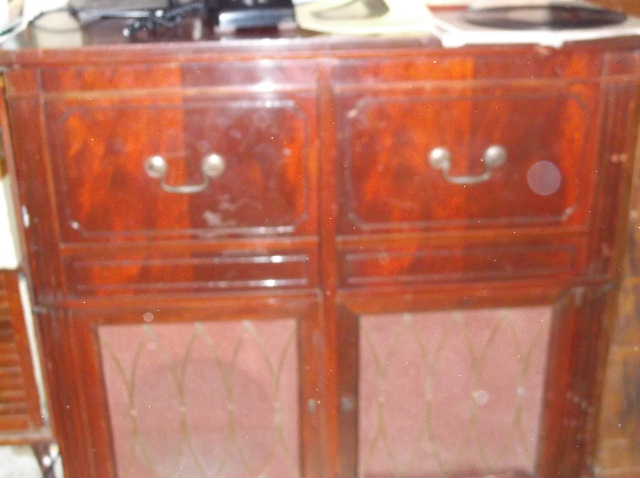 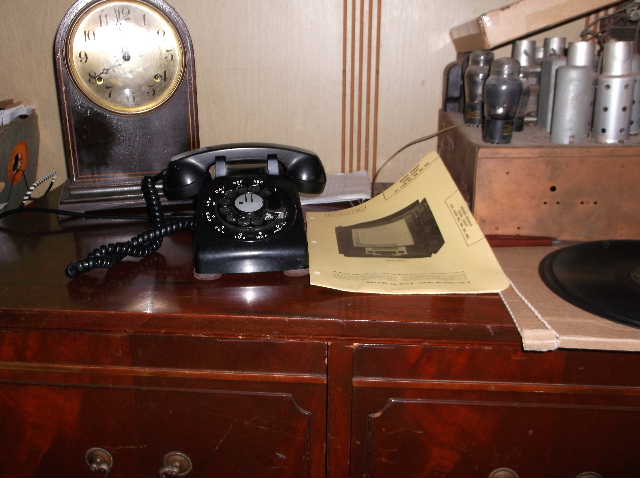 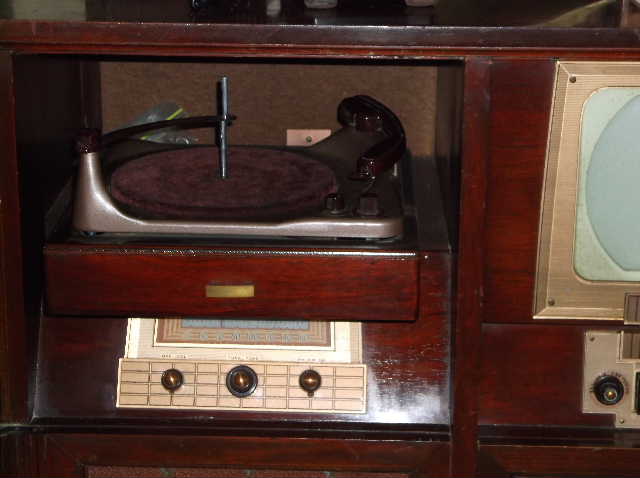 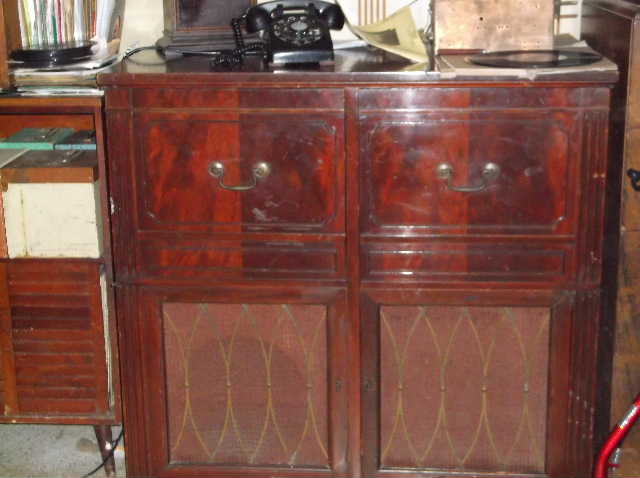 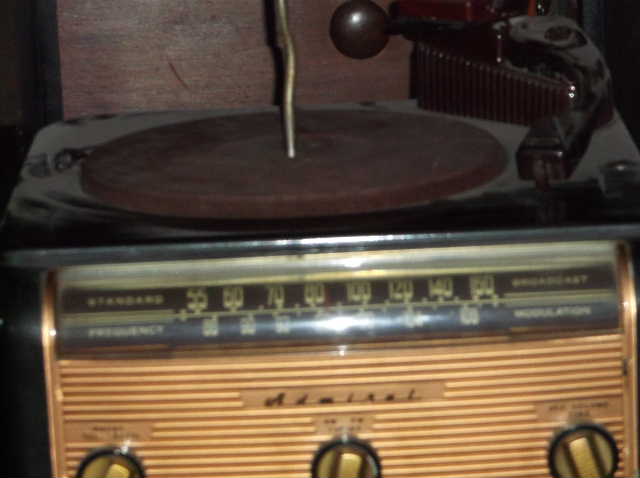 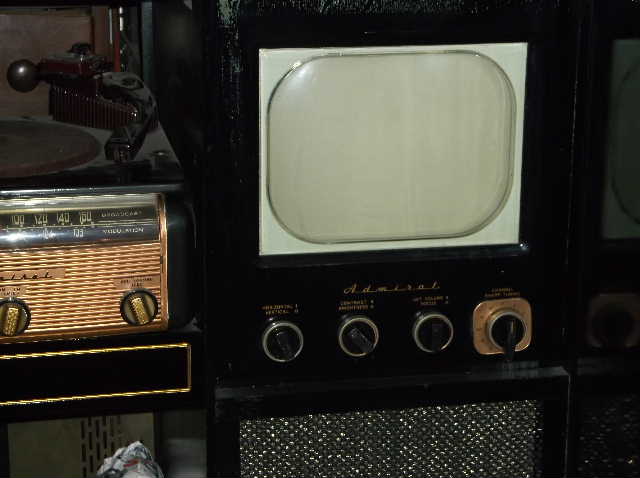 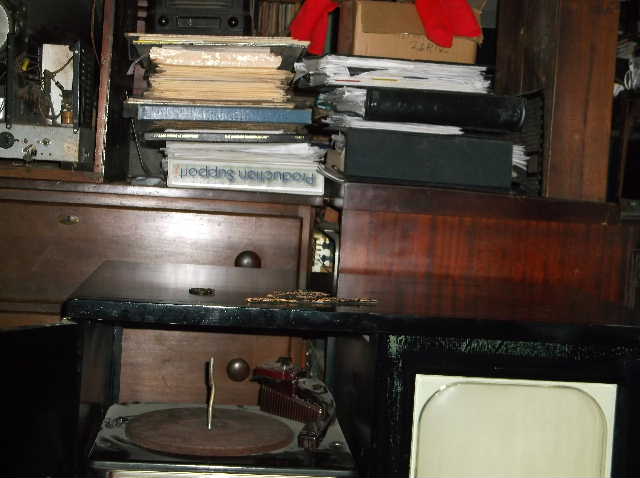 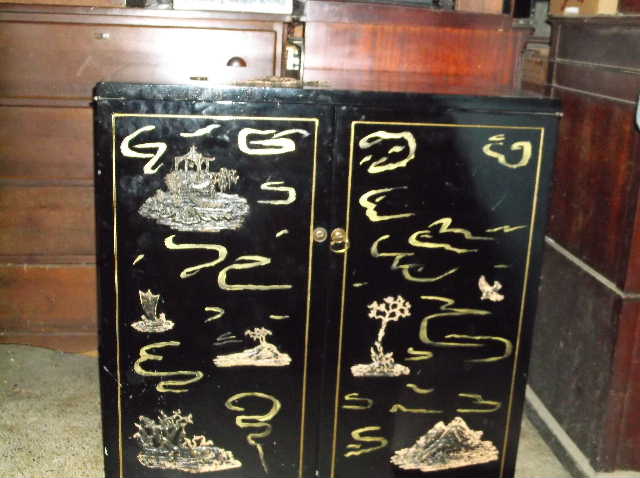 Nice. I am gland someone like you who will appreciate them wound up with them. Someone else might have gutted them and painted them to use as a cabinet or fish tank.

Well at least they'll be looking good while you decide. Congratulations!

willy3486 wrote:Nice. I am gland someone like you who will appreciate them wound up with them. Someone else might have gutted them and painted them to use as a cabinet or fish tank.

That wouldn't have happened

The Admiral I got out of Orangeville Ontario about a dozen years ago, the cabinet was pretty beat up, so I had it completely redone at an autobody shop in the car dealership I worked for. I redid the gold stencil by hand using pictures of the set taken prior to painting. The radio worked, but the TV didn't.....after I had it redone I lost interest in the project and it's sat pretty much ever since.

The Bendix was a one-owner set, coming originally from Long Island. I bought it off Craigslist, and Bill talked me out of it. I'm getting jammed up with sets here, and sending those to him freed up a good deal of space, allowing me more room for restoration.

I have a total of 22 sets, I've fully restored 13 of them, 4 are in progress, and one is primarily a parts set. Bill loves those combos, personally they just don't do it for me. Most of the reason I bought the Bendix is that I didn't want to see it gutted for a liquor cabinet either!

BTW, right now I'm in the middle of restoring a Dumont RA-113 "Revere", a Zenith Space Command 300, and I'll be starting a Crosley 10" combo soon. For customers, I'm finishing up a Halolight and a 7" Admiral. Couple that with the fact that I just dragged home a mint Dumont RA-108 with a good 19AP4 for $25....yeah, it's gonna be a BUSY winter!

Kamakiri I am glad you saved these originally and that they wound up in Bills hands. Here where I am people want them for fish tanks,gut them for new TVs and dog houses. I just missed a really nice early 50s TV and the person wanted it for a project. I wish some of these people would get with me first, I would give them a gutted cabinet. I have a 48 philco TV I got from Ron Ramirez I need to look at. Welcome to this site, I am not sure if I have seen you post yet. Same nice and friendly type of folks here as over at VK. Were relaxed here.

Reading this really makes me want to get my 17" GE table top restored. Its far too complex for me to tackle. I've only went as far as testing tubes and looking at the caps along with powering it on a short time on a dim bulb tester.