I am working on  Truetone radio which I found had a short in the B+ Lit my 100 watt dim bulb up bright. So Since I had recapped said Truetone I went looking for the short in my work. Finding none I measured between CT and the HV secondaries One was 135 ohms the other 1 ohm. I had found my short. So I measured again to be sure. 135 ohms one side 0 on the other, now what was shorted was not open. The only thing I did was scoot the radio over, there had been no power applied between measurements.  So I opened up the transformer and here is what i found. 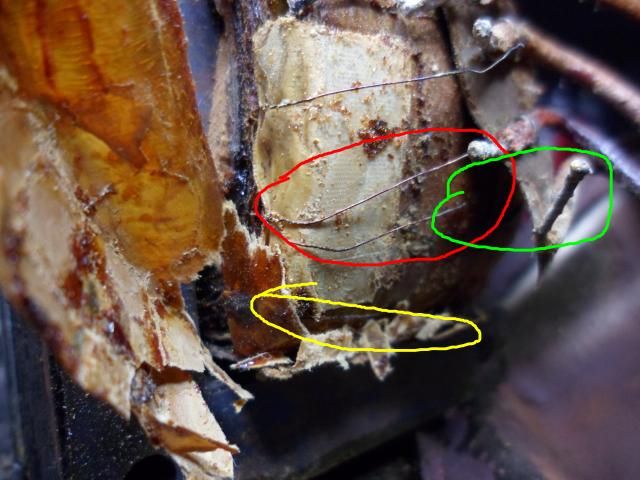 Factory defect is all I can imagine

Ill show you my repair when I get it done

I don't think it was defective wiring, but maybe corrosion at the connections that ate the metal away? Glad you found the problem. I'm sure if it were not wired then the radio wouldn't have played to start with and returned and sent back to the factory or sent to a repair shop. If it were maybe the had wrapped the wires around the terminals and either forgot to solder or used acid core solder and the acid destroyed the wire, or the wire got burned from a short elsewhere and just got put aside, because they couldn't troubleshoot the problem further, or it could have been a factory defect that was replaced and just not worked on because of repair costs.

Or the wires were worked on and the wires became too short. Who knows but fun to speculate though .

Success on transformer surgery, I have B+ with no shorts 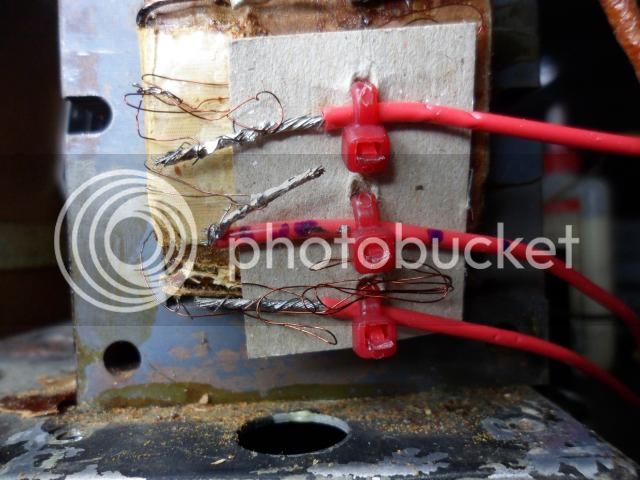 here was my repair before I added insulation and dressed the leads better. It is now buttoned up and working.

After silver mica surgery Set is working. I have issue with no reception below 700 on the AM side. Either I have a short on the tuning gang on a bad osc tube.