Mom and Dad have decided to give my their radiola 60 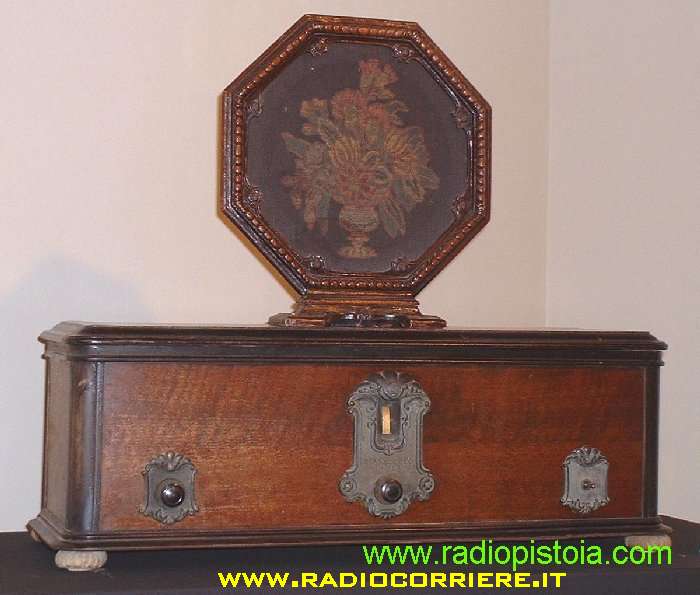 This is just an image I found on the internet but theirs is every bit as nice. I need to make a place for it at my house and I will post some photos.

I have this same set with same speaker. Mine has the infamous "stuck" tuning capacitor which i havent got around to fixing yet.

I have always thought it would be impossible to replace that speaker cloth but someone was reproducing them a while back. Thats a nice one to have.

There is a story with this radio but no documentation to support it.

My Dad was given the radio by a young fellow who was working for him sometime in the very late 1950's. This young man had a mother who cleaned houses for a living, and this lady used to clean the house of the actor Arthur Kennedy. Mr. Kennedy was supposed to have given the lady this radio when he purchased a new one. She didn't want it and gave it to her son, he didn't want it so he gave it to my Dad. The radio played but the cabinet was in bad shape. The veneer on the top was peeling off so Dad removed it completely and refinished the cabinet, we didn't know about trying to preserve anything back then, just make it look nice. Well the radio still looks good but hasn't been plugged in, in over 40 years! The cloth on the speaker is original and still in good condition. I can take it at any time but, I'm not one to just bring it home and put it in the pile. I need to decide where it will be displayed first.

My first restoration (not too long ago) was a 60. I have the 103 speaker also, they make a great pair! Good luck with it, and have fun.

Did they feel sorry for you not getting that Fada radio phono?

75X11 wrote:Did they feel sorry for you not getting that Fada radio phono?