panther wrote:Radio nut;
Exactly whom should we place this blame on ?
We know who supports ACORN, and we know who forced, Fanny Mae, to endorse bad bank loans, or rather to demand that they make these loans.
So what exactly can we as a people do to turn this around.
Like I mentioned above, IMHO it's too late to do anything.
The powers that be are the ones now in control, and you know they aren't going to cut their own throats.

Hi Dan,
I don't assume to have all the answers, but I think as long as we're breathin', There IS still hope.

The "State's Sovereignty Movement" is certainly a hopeful sign that some of us are awake, and fed-up.
Place the blame on anyone who is a Globalist.Place the blame on anyone, who, when they became aware of The Plan, (1986- Immigration Amnesty Bill...who wrote it? Who voted for it?); (1988 - President Bush Sr. announced a "New World Order") Kissinger warned that this would bring "birth pangs".
Members of Both parties are Globalists, and not working for US anymore.

But there are still a few good men of Both parties left- but I am sure the pressure to convert is tremendous.
We need a resergence of Nationalism- this is NOT a dirty word! Although most of us have been propagandized to think: goose-stepping Nazis. On the contrary, the recently proposed Nationalizing of the Banks IS Nationalized Socialism (NAZI). Wild eh?
I'd like to see 20 million Americans march on Washington!

WIKI: "Emanuel is known for his "take-no-prisoners attitude" that has earned him the nickname "Rahm-bo." Emanuel is said to have "mailed a rotten fish to a former coworker after the two parted ways." On the night after the 1996 election, "Emanuel was so angry at the president's enemies that he stood up at a celebratory dinner with colleagues from the campaign, grabbed a steak knife and began rattling off a list of betrayers, shouting 'Dead! ... Dead! ... Dead!' and plunging the knife into the table after every name." Before Tony Blair gave a pro-Clinton speech during the impeachment crisis, Emanuel reportedly screamed to Blair's face "Don't **** this up!" while Clinton was present; Blair and Clinton both burst into laughter. However, by 2007 his close friends were saying that he has "mellowed out." Stories of his personal style have entered the popular culture, inspiring articles and websites that chronicle these and other quotes and incidents. Though executive producer Lawrence O'Donnell has denied it, the character Josh Lyman in The West Wing is said to be based on Rahm Emanuel.

If our nation and people turn their backs on God, he will be more than willing to oblige, and turn away fron us, he will not force himself, or his will on anyone.
It's our collective choice.

panther wrote:If our nation and people turn their backs on God, he will be more than willing to oblige, and turn away fron us, he will not force himself, or his will on anyone.
It's our collective choice.

So True. Problem is, I think alot of people don't even know what that means, anymore.
Most of us may think: I go to church or synagogue, I'm a good person, etc.

I believe the individual disconnect from God, first starts in small, incremental ways...that chance to speak up when someone is being persecuted, and you don't. That unspoken truth that is left unspoken; then, that opportunity to cheat on your wife... and you go for it; every time you choose not to do the right thing, you are distancing yourself from the Truth. Eventually, the Karma is, that since you no longer have any tolerance in you for the truth about Yourself, you will be blinded to the truth about others, and make stupid choices for wives, candidates, etc.

Check out this link below...
http://www.heritage.org/research/economy/ib168.cfm
Fanny Mae was sliding in 1991.
HR 2900 bill was from 1991, The right way to play the blame game is to study most of the house and senate Bills passed from !988 to present.
The writing on the wall was here almost 20 years ago.
I agree ACORN is a sick joke ,we will see heads roll in the future from it's sleazy makers.
I'm more worried about turning my back on Politicians,No matter which way i turn I know God will be there.

What I have 'turned' is the radio and TV news into the off position. I cannot believe what I'm hearing is happening with the national budget spending spree.

exray wrote:What I have 'turned' is the radio and TV news into the off position. I cannot believe what I'm hearing is happening with the national budget spending spree.

Thank you for your contribution to a greener environment! Just think of the energy you'll save by turning off your TV set, and the number of trees that can be preserved by not purchasing newspapers. I wonder why the news media doesn't tell more people to do this? They're so pro-green and anti-business . . .

exray wrote:What I have 'turned' is the radio and TV news into the off position. I cannot believe what I'm hearing is happening with the national budget spending spree.

Thank you for your contribution to a greener environment! Just think of the energy you'll save by turning off your TV set, and the number of trees that can be preserved by not purchasing newspapers. I wonder why the news media doesn't tell more people to do this? They're so pro-green and anti-business . . .

When nothing good is ont the boob tube, what do you know. , that's almost always!, I hint the off button.
Next, I'm gonna start un plugging the computer.
Bill Cahill
_________________
Please also join us here; www.videokarma.org/index.php

I just hope I can afford the power for my TV or computer with the carbon tax we're going to get hit with. 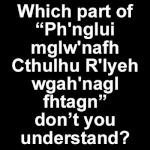 For me, business is doing well. I feel for the millions who are NOT doing so good through no fault of their own.

Even so, I'm expecting things to get MUCH worse and I'm preparing for it. It might not be easy, but if business goes through the tank I have a number of other things to fall back on.

A friend of mine just sold two collector cars and his house, and bought a larger house out of a distress sale. The house needs a little fixing up, but he's a contractor and can do it. Through the deal he owns the house free and clear.

He calls it (You-Know-Who)-proofing. I call it outsmarting the US government, which fortunately is not hard to do.

Like they say; Sell when others are buying, and buy when others are selling.
Only problem with real property is property tax. You can loose what you have. The more grand your residence, the more you pay.

During the dust bowl many small farms were bought for the tax liability by those that had some money. When the climate got back to normal, they had huge tracts of land to farm.

Here in Mpls some of the most elegant homes are on Lake of the Isle. A retired couple had the misfortune of living into their 90s. The property taxes after they retired went to something like $40,000 per year. After living in the same house for 60 years they had to sell. How about a law capping taxes at the level they are when you retire until you die or move? If we can afford to subsidize people won't don't work a lick, we should be able to at least help responsible people not be kicked out of their homes for the crime of breathing for too long.

Down in these parts property tax is a very big issue. PR isn't so bad because the politicians have dodged the issue and we have a 'homestead exemption' for permanent residences similar to FL. But over in the US Virgin Islands where the price of dirt has skyrocketed over the years the local landholders have been selling off pieces of land to pay the taxes on the remainder.
Its almost to the end of the game now. Poor fellow left with a couple acres of scrub now finds it being worth plenty of millions to the tax estimators. In older days it would have been portioned off to sons and daughters who nowadays cannot afford the taxes and wind up with no affordable alternatives.
Although the Feds aren't directly responsible for local issues like property tax they are in a position to initiate directives. Although the Lake of the Isle residents or St. Johnians may appear "rich" simply because they live where they do thats not always the case. If the "O" is concerned about being fair...

Me? I think I'll start planting tobacco. Tobacco seems to be the coin of the realm for tax increases. The recent almost 200% increase in the Federal tax (39c to $1.01/pack) has me livid and I fear we are going to see that at every corner.