Some moron in Arkansas gets the cops called on him for arguing with his wife/girlfriend. The guy invites the sheriff into his home where he is cooking meth, with four little kids in the same room. Both adults get thrown in the klink and the kids are wards of the state. The kids range in age from one month to five years old.

Another moron from SE Missouri throws a puppy out of a moving Dodge dually. A good citizen gets his licence number. The moron has to make a sizable contribution to a no-kill animal shelter, scoop dog poop for a year for free and the puppy, miraculously unhurt (he landed in weeds) gets a good home.

Another rocket scientist decided to rob a resturant by shimmying down the exhaust in the kitchen. He got stuck and spent 8 hours in there. When the cook fired up the grill, it got kinda hot and the guy started yelling. He received five years in the pen for B&E and got a hot seat.

Where do these people come from? It appears that there is no shortage of stupid.

That santa routine must be hot in Arkansas, This fool made the papers in the UK.  I had posted his story & picture on another forum.

Seems to be getting more prevalent, too, with the dumbing down of our society. Schools are just daycare centers where you can't fail. Safety lawyers have made it so the natural culling of the stupid are now living long enough to reproduce. 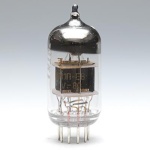