Oh my, I can hear the "audience" groan!

A cute little girl told me that joke in the store the other day. She is about 8 or so and comes in the store with her mom and always asks for me to tell me a joke. On my first contact with this little girl, she asked me how they got brown eggs. I told her it was from the chickens drinking chocolate milk. We have been buds ever since. Sorry you all did not enjoy it as much as I did.

Groaners are good once in a while.

A lady goes to the doctor and takes her prescription to be filled. When she gets home she immediately calls the doctors office and talks to the nurse.
"How bad is my condition?"
The nurse asks why.
"The doctor said that I need to take these pills the rest of my life".
"So"
There's only one refill!

Q-What is the difference between sharks and lawyers?
A-Nothing.

Wildcat....you must really be bored or have no radios to work on....Funny man leaving in a funny world.... 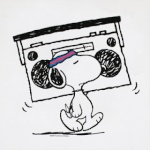